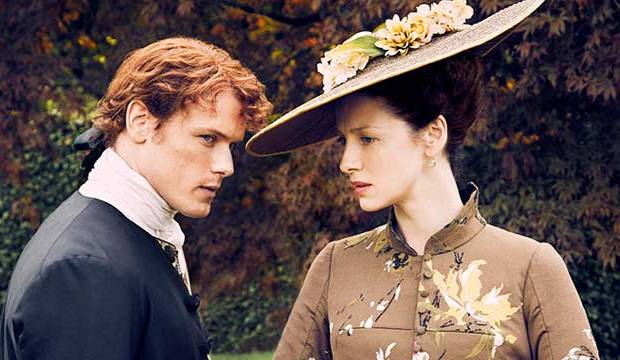 This year Starz’s “Outlander” earned a much-deserved nomination for Best Period/Fantasy Costume Design at the Emmy Awards. Terry Dresbach supervised the creation of a staggering 10,000 outfits for the hit drama’s second season, and we showcase the 10 sexiest costumes worn by Caitriona Balfe (Claire) and Sam Heughan (Jamie) in our photo gallery above.

This is only the second year of this costume design category; the inaugural prize went to “American Horror Story: Freak Show.” In this year’s Emmy race, “Outlander” faces off against the farewell season of  the period drama “Downton Abbey,” season six of the fantasy epic “Game of Thrones,” and two limited series — “The People v. O. J. Simpson” and the re-imagined “Roots.”

This is Dresbach’s second Emmy bid after winning for “Carnivale” back in 2004. She is currently nominated alongside “Outlander” assistant costume designers Nadine Powell and Elle Wilson, and costume supervisor Anna Lau. This quartet also contended at the Costume Design Guild awards, but lost out to the crew from “The Knick.”

What are your favorite costumes from “Outlander”? Sound off in the comments section below after scrolling through our photo gallery above. Also check out our recent “Outlander” interviews from the costume exhibit at the Paley Center by clicking the following names: Terry Dresbach, Sam Heughan, Caitriona Balfe and producer Maril Davis.