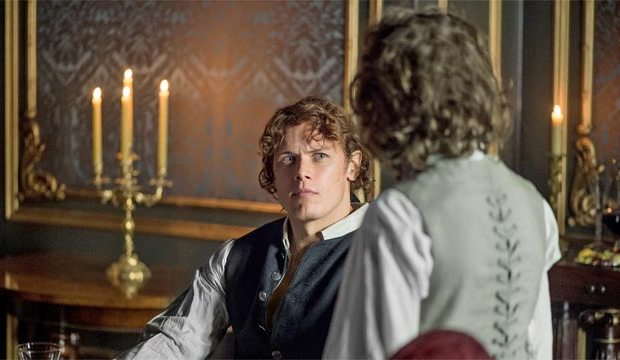 “Best Laid Schemes,” which aired May 14, is written by Matthew B. Roberts and directed by Metin Huseyin. Here’s the official description from Starz: “Jamie and Claire use Claire’s medical knowledge to devise a scheme to stop a deal which could fill the war chest. When Claire learns Jamie has gone back on his word, the couple is met with dire consequences.”

At last year’s Emmy Awards, “Outlander” was nominated for Best Music Composition (Bear McCreary), but lost out to “House of Cards” (Jeff Beal). However, at the recent Golden Globes the show hit big with nominations for Best Drama, Best Actress (Balfe) and Best Supporting Actor (Tobias Menzies). Will the Emmys follow suit with major noms this year?

After taking a tour through the photo gallery above, be sure to sound off in the comments section below or right here in our famous TV forums.