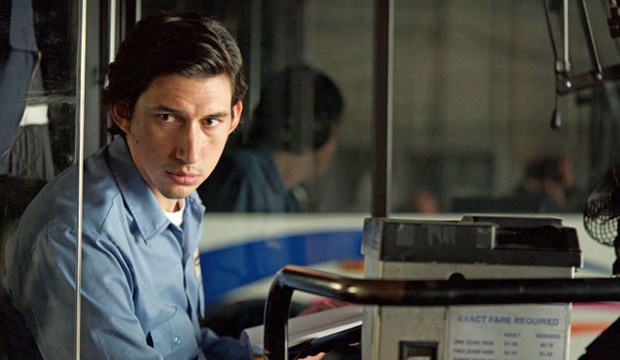 “Paterson” opened on December 28 in five theaters across New York, California and Ohio, the home state of writer-director Jim Jarmusch. An unassuming human drama about a week in the life of a mild-mannered bus driver (Adam Driver) who writes poetry in his spare time, it has been drumming up buzz from critics since May when the independent film premiered in competition at the Cannes Film Festival.

Up-and-comer Driver made headlines earlier this month when he won the Los Angeles Film Critics Association Award for Best Actor. He later won the same prize from the Toronto Film Critics Association, in addition to nominations from Chicago and London critics and the Gotham Awards. In a poll of 200 critics by Gold Derby sister site IndieWire, Driver placed second in the Best Actor category, behind only Oscar frontrunner Casey Affleck for “Manchester by the Sea,” an even bigger awards player for Amazon Studios.

Amazon’s television programs broke through with a pair of major Emmy wins — Best Comedy Actor (Jeffrey Tambor) and Best Comedy Directing (Jill Soloway) for “Transparent” — in 2015, only its second year contending at those awards. Then Amazon released its first feature film, “Chi-Raq,” last year to critical acclaim. Amazon ramped it up in 2016, co-distributing 16 films this year — including the musical documentary “Gimme Danger” also by Jarmusch — and is now generating awards buzz in addition to critical acclaim.

Amazon’s co-distributor for “Paterson” is Bleecker Street, which has impressively amassed accolades just as quickly as Amazon. Bleecker started off with five releases last year that included “Trumbo” (Best Actor Oscar nominee for Bryan Cranston), “Beasts of No Nation” (Best Supporting Actor SAG winner for Idris Elba) and “Danny Collins” (Best Comedy/Musical Actor Golden Globe nominee for Al Pacino). Their most competitive entry this year is “Captain Fantastic,” for which Viggo Mortensen has been nominated for Best Actor by both the Globes and SAG.

“Paterson” is more than just a star vehicle for Driver — the IndieWire poll yielded a sixth-place finish for “Paterson” in the Best Picture category. The film scores 89 on Metacritic, and Rotten Tomatoes sums up the critical consensus saying, “‘Paterson’ adds another refreshingly unvarnished entry to Jim Jarmusch’s filmography — and another outstanding performance to Adam Driver’s career credits.”

Despite this acclaim, “Paterson” is an underdog for Oscar recognition according to our racetrack odds. If you disagree with that status, cash in on those odds by logging your Oscar predictions. You can change your picks as often as you please until nominations are announced on the morning of January 24, 2017.

Be sure to make your Oscar predictions. How do you think “Paterson” will do with academy voters? Weigh in now with your picks so that Hollywood insiders can see how this film is faring in our Oscar odds. You can keep changing your predictions right up until just before nominations are announced on January 24 at 5:00 am PT/8:00 am ET. Be sure to read our contest rules. And join in the fierce debate over the Oscars taking place right now with Hollywood insiders in our forums.