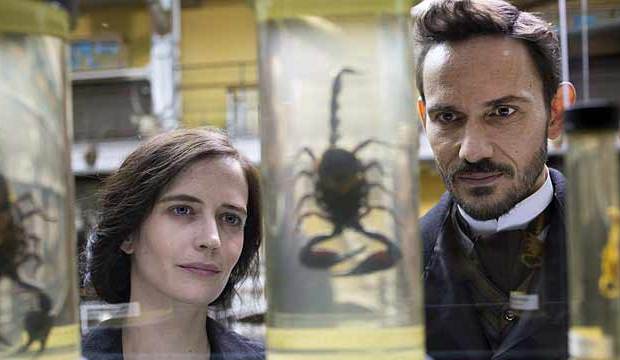 Now in its third season, Showtime’s “Penny Dreadful” starring Eva Green and Josh Hartnett is poised for a major breakthrough in this year’s key Emmy races. Last year the series picked up its first three nominations for creative arts categories of prosthetics and music. While it didn’t win any of those races, it placed a large foot in the door with a voting body reluctant to recognize horror and fantasy television till recently.

Last year HBO’s fantasy epic series “Game of Thrones” set a new record for most wins with 12, including Best Drama Series. Of course “Penny Dreadful,” a genre show with elements of fantasy, romance, horror and science all present — deserves awards based on its own merits. But the door that “Game of Thrones” has opened for genre at the Emmys is significant. It needs another show or multiple shows to follow in its footsteps so that the open door is not quickly shut again.

The ascension of “Penny Dreadful” among the awards community is illustrated best by mapping its Critics Choice nominations. At their 2014 ceremony, the television critics honored it as one of the Most Exciting New Series. Following that, its first season brought Eva Green her first Critics Choice nomination as Best Drama Actress, a feat she repeated this year. Other major nominations this year were as Best Drama Series, Best Drama Supporting Actress (Helen McCrory), and Best Drama Guest Performer (Patti LuPone).

Though McCrory is not back for the currently-airing season, Green and LuPone both remain the show’s strongest bets at acting nominations with the Emmys. LuPone is a bonafide Broadway star with her two Grammys and two Tonys. She and Green have many scenes together and their chemistry is palpable. Indeed, that likely played a part in getting Green herself and the show Golden Globe nominations this past January,  another sign that the show has finally caught the attention of wider swaths of voters.

Many of the “Game of Thrones” Emmy wins last year came at the Creative Arts ceremony, and that is an area in which “Penny Dreadful” excels. Having expanded the scope of the show this season, taking characters beyond romantic England to the deserts of the American west and the snowy far north, the show is freshly competitive in categories honoring cinematography, costumes and hairstyling in addition to remaining a force in the prosthetic and music fields that it has already gained notice. Last year a fair amount of these categories showed love for “Boardwalk Empire,” “Wolf Hall,” and “Mad Men,” none of which are in play this year, leaving room for “Penny Dreadful” to make its move.

What are some of the critics saying about the third season? Ben Travers (Indiewire) says, “Season 3’s American-set storyline breaks things up nicely with some classic western elements mixed in with the show’s established creature horrors, and the aesthetics of the production have never looked better.” Matt Roush (TV Insider) says, “Elegant and erotic in its savage yet sordid beauty, the third season of John Logan’s stylishly literate monster mashup never loses focus despite being, quite literally, all over the map.” Ken Tucker (Yahoo TV) says, “Dreadful creator John Logan has firm control over the series’ mordantly witty, dry tone. He has me hooked again.”