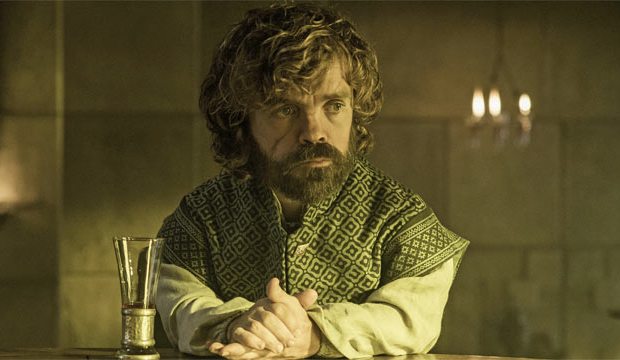 Peter Dinklage is the only member of the vast cast of “Game of Thrones” to have won over Emmy voters, claiming Best Drama Supporting Actor twice (2011, 2015) for his portrayal of Tyrion Lannister. He contends for the sixth year in a row and for the first time he faces off against a co-star (Kit Harington). Others in the race are returning nominees Jonathan Banks (“Better Call Saul”), Michael Kelly (“House of Cards”), Ben Mendelsohn (“Bloodline”) and Jon Voight (“Ray Donovan”). Dinklage has selected the episode “No One” as his Emmy submission.

SYNOPSIS
Tyrion and Varys (Conleth Hill) walk through a market in Meereen, debating the validity of hiring red priestesses to maintain peace and order. Later, Tyrion meets with Missandei (Nathalie Emmanuel) and Grey Worm (Jacob Anderson) in the Great Pyramid. Tyrion is only interested in drinking and telling jokes to lighten the mood. The two advisors are reluctant to partake in the dwarf’s strange custom but Missandei relents and creates her own joke on the spot, feeling quite proud of her ability to make Grey Worm crack a smile.

The merriment is cut short as the city is suddenly bombarded with an attack by the slave masters, who have invaded the harbor on a fleet of ships. Just as Tyrion is ready to admit his style of diplomacy has failed, Danaerys (Emilia Clarke) makes an epic entrance with her dragon to take control of the chaos.

Can Tyrion’s sharp tongue in this episode lead to a third victory for Dinkalge? Let’s assess the pros and cons below:

PROS
Dinklage is the reigning Drama Supporting Actor champ and the overall Emmy love for the actor and his show could give him an edge.

Emmy rival Harington does not appear in the episode to divert voters’ attention.

Tyrion’s role in the episode is largely lighthearted and humorous, including some signature banter with Varys. The tone of his scenes lies in stark contrast to the drama and general brutality of the rest of the episode, which helps Dinklage’s performance stand out.

Unlike his past submissions, Dinklage does not get to deliver an epic monologue. The main story lines in “No One” focus on Jaime’s (Nikolaj Coster-Waldau) siege of Riverrun and Arya’s (Maisie Williams) confrontation with The Waif.