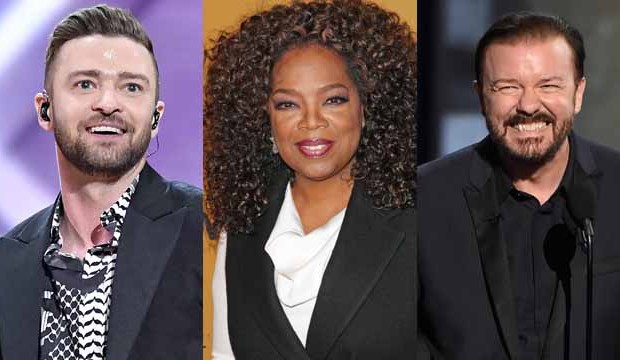 Will the producers of the 2017 Oscars ceremony choose a first-time host? Two of the past three emcees — Ellen DeGeneres and Chris Rock — returned from prior stints, so maybe it’s time for some new blood? Take our new poll and tell us who would be best to host the show next February (another poll will follow soon offering possible returning hosts).

Could it be another comedian, such as Louis C.K., Will Ferrell, Kevin Hart, the team of Key and Peele, or Amy Schumer? Or how about former Golden Globe hosts Ricky Gervais or Tina Fey and Amy Poehler?

They might select a charming prior Oscar nominee such as Robert Downey, Jr., Queen Latifah, Melissa McCarthy, or Oprah Winfrey. Academy Awards champs like Tom Hanks and Kevin Spacey could really work the stage to great effect.

Jimmy Kimmel works for host network ABC and is coming off rave reviews for his Emmy work this past weekend. And the multi-talented Justin Timberlake has proven himself over the years with great hosting efforts on “Saturday Night Live.”

We aren’t including ABC late night rival hosts Stephen Colbert, James Corden or Jimmy Fallon since network officials have proven to be opposed to that idea in recent years.