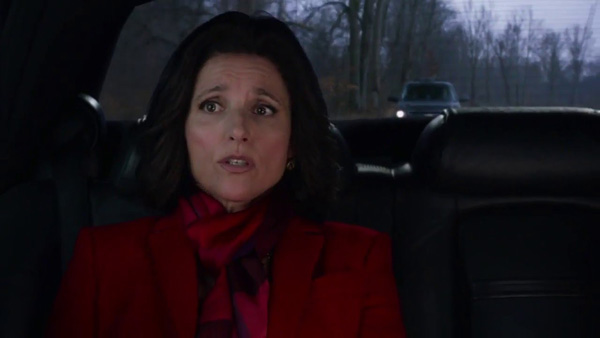 Julia Louis-Dreyfus could break two Emmy records this year if she prevails for a fifth consecutive time in Best Comedy Actress for playing Selina Meyer on “Veep.” Prior to her “Veep” sweep, Louis-Dreyfus had won this award once already for “The New Adventures of Old Christine” and is currently tied for the overall record with a pair of five-time champs — Candice Bergen (“Murphy Brown”) and Mary Tyler Moore (“The Dick Van Dyke Show,” “The Mary Tyler Moore Show”). And should she prevail again this year, she’d break her tie with Helen Hunt who won four in a row for “Mad About You.”

Among the first five of this season’s 10 episodes, Louis-Dreyfus has several stand-out Emmy submissions, including “Mother” which aired on May 15. While awaiting the result of the Nevada recount that will determine if she remains president, Selina finds out that her mother has suffered a stroke. Louis-Dreyfus delivers a powerful performance as she deals with both her character’s ambivalence toward her mother’s death as well as the excitement and then disappointment of the recount. This episode stands as a highlight of her brilliant career.

Reviewers agree, with many of the leading TV critics raving about her performance.

Jen Chaney (The New York Times): “We’re only four episodes into Season 5, but given her performance in this episode, it feels like Julia Louis-Dreyfus has locked up another acting Emmy.”

Kate Kulzick (The AV Club): “From her closed off performance and precise physicality at the hospital to her unabashed ugly crying during the eulogy, Louis-Dreyfus runs the gamut in ‘Mother,’ bringing new levels of unaware narcissism, but also surprising relatability to Selina.”

Kevin Fallon (The Daily Beast): “When President Selina Meyer ends life support for her mother and, moments after she’s dead, starts maniacally laughing with glee over promising election news, Julia Louis-Dreyfus probably is the only person who could pull off such a complicated shade of hysteria at such a tasteless moment and still make her character seem sympathetic.”

Ben Travers (Indiewire): “Needless to say, the journey Louis-Dreyfus takes us on in just a few seconds is stunning. It’s something to behold, again, from an actor consistently delivering new gems.”

Among the other episodes to date, Louis-Dreyfus also shines in the season premiere “Morning After,” in which Selina and her team scramble to align on how to deal with the Electoral College tie that concluded the fourth season, and episode number 2 “Nev-AD-a,” in which Selina starts dating billionaire Charlie Baird, played by Emmy-nominee John Slattery.

Below, vote for the episode you think Louis-Dreyfus should submit to Emmy voters and be sure to chime in with your comments below and in Gold Derby’s infamous forums.