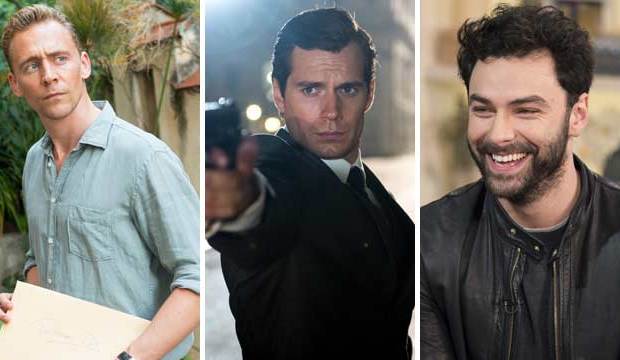 So with the expectation that the new 007 will be announced in the coming weeks – who is the favorite? Tom Hiddleston, Henry Cavill and Aidan Turner have each been proclaimed as the next Bond in recent days, but no one seems to be able to agree on a choice.

Should they go for a smoother, more suave type like Roger Moore or Pierce Brosnan? Should they continue with a Bond similar to Daniel Craig’s or Sean Connery’s, one who is gritty and a little rough around the edges? Or should they go with something complete different – perhaps a female James Bond?

In our below poll we’ve listed a lot of options. However, if you’d like to clarify or expand on your choice, or perhaps it isn’t listed in the poll, feel free to comment at the bottom of this article.

On a quick side note, it’s interesting to ponder which actor or actress would be most likely to bring home awards love for the Bond franchise. To date, no actor has even been nominated for playing the world’s most famous spy, but could our next Bond change that? The franchise as a whole has seen some success at the Oscars in recent times, with the past two films (“Skyfall” and Spectre”) winning three Oscars in total, with a Best Original Song gong going to both. But in the acting categories, the only awards recognition of late has been for Javier Bardem in “Skyfall,” with both BAFTA and SAG nominations for Best Supporting Actor, and for Judi Dench, who reaped a BAFTA bid for the same film.

For now, though, let’s focus on what Bond you want. My vote goes to either Michael Fassbender or Tom Hardy, how about you? Vote below!

'Loki': Everything you need to know about the Tom Hiddleston series before you watch

Gold Derby TV Awards: Who gets your vote as Best Movie/Limited Series Actor?