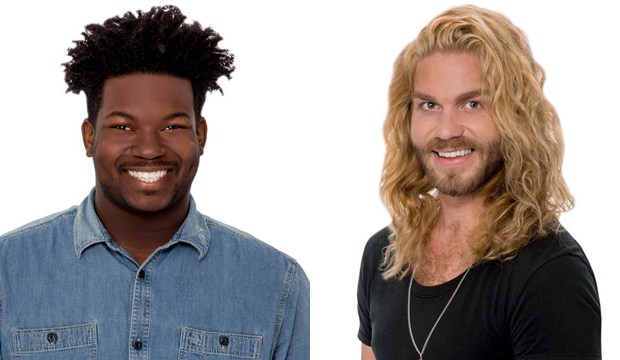 After a disastrous black light challenge for Mah-Jing Wong last week, our readers’ faith in him has dropped placing him second to Brik Allen in the elimination predictions for the upcoming episode of “Project Runway.” With 15/8 odds Brik is once again at the top of our readers’ predictions to go home this week, but it’s Mah-Jing’s defeated demeanor last week that has him just behind with 4/1 odds of going home. Do you agree or disagree with our readers’ findings? Hurry — make your “Project Runway” predictions for a chance to top our famous leaderboards. It’s fun and easy, so start now by predicting who will be out next.

When Tim Gunn tells a designer that they’re at a “make it work” moment in the challenge it can go one of two ways — unfortunately for Mah-Jing it went the wrong way last week after he accidentally used the wrong black light paint on a dress that should have been stark white in light and neon in the dark. Instead the dress came out a mess with the judges likening it to a crime scene or what one might see when taking a black light to dorm room sheets. Eek.

Despite that harsh critique, Mah-Jing remains in the competition and our readers have pitted him against Brik who in three weeks has barely escaped elimination himself twice. Neither designer has yet to place at the top of the pack with the judges and are two of only four designers — joined by Rik Villa (16/1 odds of elimination) and Roberi Parra (100/1 odds of elimination) — left in the competition that have received low scores in challenges.

Get a closer look at this season’s designers by clicking through our photo gallery. In our “Project Runway” predictions center, you get to answer the following questions before each episode airs on Lifetime every Thursday at 6 p.m. PT / 9 p.m. ET.:

Who will win ‘Project Runway’?

Who will be in bottom 2, but safe?

Who will win the challenge?

Will anybody quit the show?

Gold Derby readers just like YOU often turn out to be our smartest prognosticators, so it’s important that you give us your predictions. You can continue to update and change your forecasts throughout the week, just click “Save” when you’ve settled on your choices. You’ll compete to win bragging rights and a place of honor on our leaderboard. Be sure to read our contest rules and sound off on this season of “Project Runway” in our reality TV forum.