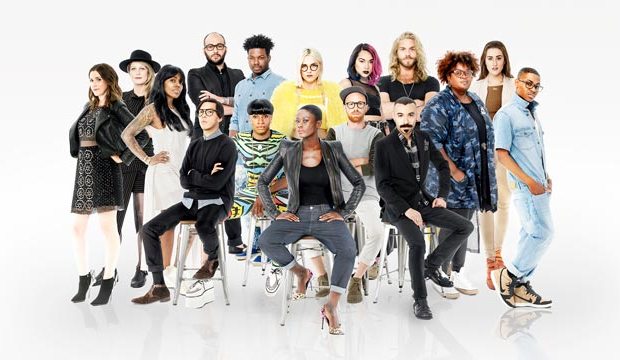 With four consecutive weeks scoring a top design with the judges under her belt, Laurence Basse strengthens her lead to 5/6 odds in our predictions to win this season of “Project Runway.” Trailing close behind is former frontrunner, Erin Robertson, with 3/1 odds despite three weeks of low scores. Do you agree or disagree with our readers’ findings? Hurry — make your “Project Runway” Season 15 predictions for a chance to top our famous leaderboards. It’s fun and easy, so start now by predicting who will be out next.

Laurence remains the only designer in the competition to have never appeared before the judges for a negative critique of her work. Instead she reigns above the field with five high scores — two of which resulted in wins and two of which named the runner-up. Such a streak has lead many “Project Runway” designers to a win before, precedent that has caused predictors to anoint her the most likely winner for a now second week in a row.

Prior to Laurence, the frontrunner to win was Erin, who had held the spot for the first seven weeks of competition. But Erin’s work has suffered in the last three weeks and she was appropriately dropped two second in the ranks, though still with more confidence to win than any of the remaining designers. Behind her is Rik Villa in third place with 14/1 odds to win and Cornelius Ortiz in fourth place with 16/1 odds.

Get a closer look at the designers for Season 15 by clicking through our photo gallery. In our “Project Runway” predictions center, you get to answer the following questions before each episode airs on Lifetime every Thursday at 6 p.m. PT / 9 p.m. ET.:

Who will win ‘Project Runway’?

Who will be in bottom 2, but safe?

Who will win the challenge?

Gold Derby readers just like YOU often turn out to be our smartest prognosticators, so it’s important that you give us your predictions. You can continue to update and change your forecasts throughout the week, just click “Save” when you’ve settled on your choices. You’ll compete to win bragging rights and a place of honor on our leaderboard. Be sure to read our contest rules and sound off on this season of “Project Runway” in our reality TV forum.