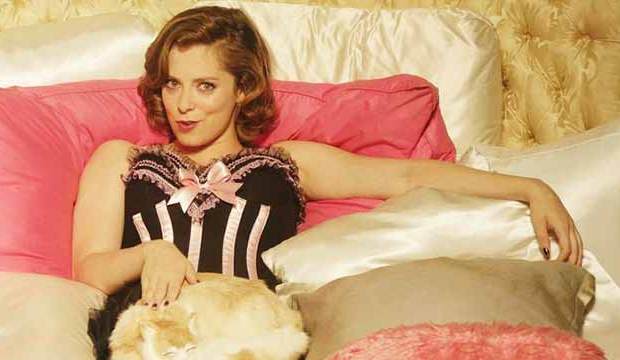 “Crazy Ex-Girlfriend” star Rachel Bloom  is on an awards roll, having won both the Critics’ Choice and Golden Globe for her hit CW comedy series. She created the show in which she plays the title character, the delightfully unhinged attorney Rebecca Bunch who chases her childhood crush from New York to California. She is a comic tsunami who veers from stalker to silly to sympathetic, often in one scene. Plus, she sings! It’s the kind of range that often wins Emmys.

But to prevail this year, she will have to unseat Emmy favorite Julia Louis-Dreyfus who’s won four straight years as the loopy U.S. President Selina Meyer on “Veep.” It helps that Bloom is also a producer, writer, and even songwriter for the rookie show, providing her with even more shots at Emmy bids.

Each of “Crazy Ex-Girlfriend’s” 18 episodes features at least two songs, where characters sing out their feelings about situations as varied as getting ready for a date, meeting a love interest’s parents, or hooking up with a stranger. These songs often are the comedic high points of the show, with many finding new life as viral videos watched and shared by the show’s rabid fans.

So the “Crazy Ex-Girlfriend” team has dozens of songs to look over as they submit their official Emmy ballot choices. Multiple nominations are possible; back in 2011, “Saturday Night Live” scored four of the six Original Music And Lyrics nominations. The winner was frequent host Justin Timberlake for a performance monologue.

Which of its many songs should the show submit? Here are five suggestions to consider (click a title to watch its YouTube video):

1. “The Sexy Getting Ready Song”:  This song from the pilot is probably the show’s most popular. This mock music video, where Bloom’s character Rebecca sings about the decidedly unsexy pre-date routines of waxing and Spanx-ing, has racked up more than one million YouTube views on Bloom’s YouTube page, making it by the show’s most-viewed video. As an added bonus, this tune happens to cover the exact same personal grooming ground as last year’s winner, “Girl, You Don’t Need Make Up” from “Inside Amy Schumer.” It’s clear the show’s cast sees it as a top Emmy contender. At a “For Your Consideration” event for Television Academy members and media last month, the ensemble donned spanx and performed the song live. “They’re so sexy,” Bloom cooed about her castmates during a musical break… “Give us an Emmy!”

2. “Settle For Me”: This song — in which a glammed-up Bloom and her co-star, 2013 Tony Award nominee Santino Fontana (“Rodgers + Hammerstein’s Cinderella”), Fred-and-Ginger their way through a black-and-white ode to lowered romantic expectations — is perhaps the show’s most ambitious musical number. It’s also one of the sharpest. With laugh-out-loud lyrics like “I have no problem being picked out from the bottom/If he’s your broken condom, I’m Plan B,” it’s a perfect example of the raunchy humor and earnest, self-loathing sentiment that’s the show’s trademark. With the same Broadway-level production values that have enabled songs from Tony Awards shows to win this category three of the last four years, this high-class charmer is a prime choice for Emmy recognition.

3. “Sex With a Stranger”: In this song, Bloom’s character sings about the thrill and the anxiety of bringing home a one-night-stand (in the chorus, she repeatedly implores her paramour to “please don’t be a murderer.”) It definitely fits the raunch factor that we often see in this category. Plus, thematically at least, it’s a musical prequel to “SNL’s” 2011 nominated song, “I Just Had Sex.”

4. “Face Your Fears”: This gospel-style number performed by Donna Lynne Champlin, who plays Rebecca’s older-but-not-even-close-to-wiser best friend Paula, spoofs the inspirational show-stoppers we often see in musicals (think “Hakuna Matata” from “The Lion King”). But this song features some of the most epically bad advice ever committed to music — “Face your fears/Run with scissors/Cause you can fly/Yes, you can fly.” While Bloom herself is hardly even in the song, Champlin’s serious pipes helped push it to fan favorite status. The children’s choir imploring you to “Play in the street/A busy street” didn’t hurt either.

5. “California Christmastime”: The Christmas carol California didn’t know it needed. The entire cast gets to shine in this celebration of Southern California’s holiday spirit… and weather. It serves as both a sly take on California life (“And what would Christmas be without/historically low mountain snow/causing staggering drought?”), as well as a defiant kiss-off to the more frigid East Coast (“You can take your snow and shove it/This is our Christmas and we love it!”). It’s the kind of song that might score with the TV Academy’s L.A.-based voters.