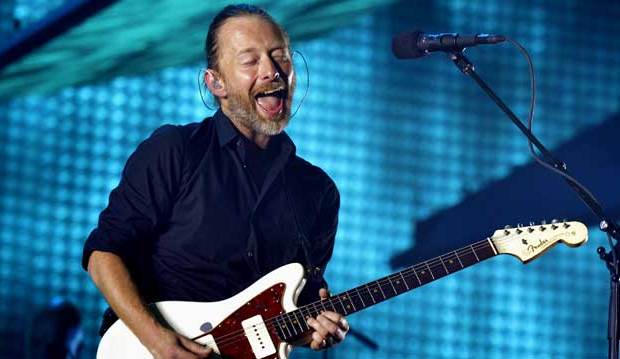 Radiohead have been nominated for Album of the Year at the Grammys three times without winning. In 1997 they contended for “OK Computer,” losing to Bob Dylan‘s “Time Out of Mind.” Next came a bid in 2000 for “Kid A,” which lost to Steely Dan‘s “Two Against Nature.” Most recently they were nominated in 2008 for “In Rainbows,” but that award went to “Raising Sand” by Robert Plant and Alison Krauss.

Their latest album, “A Moon Shaped Pool,” was released on May 8 to stellar reviews. Will the fourth time be the charm for the alternative rockers? Our forum posters aren’t so sure. Read some of their comments below, then join the discussion in our message board.

PoweR: I wouldn’t be surprised to see Radiohead in the race. You can’t really go by past nominations or wins. [Taylor Swift] won her second AOTY Grammy [this year for “1989”], so I doubt voters would hold Radiohead back just because they had three previous nominations. If they do get in, watch out for a potential win.

Xtina: Honey, it’s hard for an artist/duo/group to get a fourth AOTY nomination. Unless Radiohead sells well and maintains buzz throughout the year, they won’t be anywhere near AOTY.

mikeboy898: I don’t see both Radiohead AND David Bowie getting nominated, but the Grammys have been odd in the past so I wouldn’t put it past them to nominate a dead rock legend and current rock legends in 1 year.

jjjmoss: This would be Radiohead’s 4th AOTY nom. I believe all lead artists with so many have won at least once.