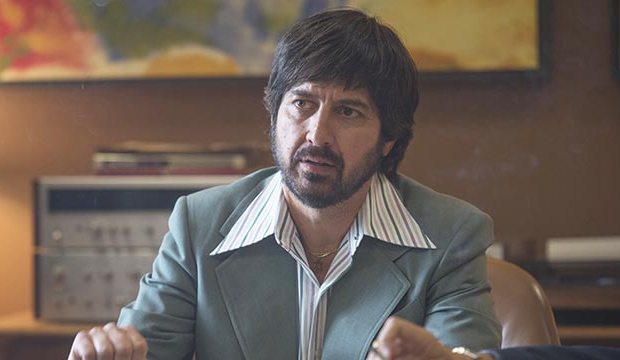 Everybody still loves Raymond. Eleven years after the hallmark sitcom bearing his name wrapped, Emmy winner Ray Romano returned to the small screen on HBO’s freshman drama series “Vinyl.” His performance has generated such positive critical and audience attention that he could return to the Emmy derby this year with a nomination as Best Drama Supporting Actor.

For “Everybody Loves Raymond,” Romano took home the Best Comedy Actor trophy in 2002 and two producing awards for Best Comedy Series (2003, 2005). In the years following, he proved his dramatic acting chops on the dramas “Men of a Certain Age” and “Parenthood.” New show “Vinyl” now offers him a high-profile yet dark supporting role on a series from producers with top awards pedigrees: Oscar and Emmy champ Martin Scorsese, Terence Winter (“Boardwalk Empire”), and Mick Jagger (Rolling Stones).

On the period drama, Romano plays Zak Yankovich, an executive at record company American Century who’s constantly clashing with his longtime partner Richie Finestra (Bobby Cannavale) about his business choices and substance abuse. Although his role is not nearly as showy as Cannavale’s, Romano delivers a heartbreaking performance as he captures Zak’s quiet desperation struggling to support his family. He reflects on his lost hopes and dreams of being in the music business and fights to keep the doors of the company open despite the antics of those around him. With the truly unlikable anti-hero Richie at the center of the series, Romano’s portrayal of a good-hearted underdog becomes all the more powerful, endearing, and sympathetic.

Critics are hailing Romano’s performance. In his recap of the season, Tim Goodman (The Hollywood Reporter) identifies Romano as a bright spot of the show, saying he “grounded the series and gave it some soul”. Similarly Daniel D’Addario (Time) heralds Romano for his “curious triumph of a performance.” Gavin Edwards (The New York Times) discusses his “expertly” performance in the season finale.

Romano has several terrific episodes from which to choose as a submission to Emmy voters. In “Yesterday Once More,” Romano’s Zak confronts Richie about his selfish decision to not sell American Century and the financial disaster it will cause his family. After a tumultuous physical altercation with Richie, an emasculating conversation with his wife, and a large bill for his daughter’s bat mitzvah, Romano captivates when Zak contemplates suicide alone in his garage in the middle of the night.

Later in the season in the “The King and I,” a trip to Las Vegas to poach Elvis Presley as a potential client ends in devastation for Zak when Richie falsely accuses him of losing $90,000 of the company’s money. Romano’s emotional meltdown when Zak realizes that he may be no better a man than Richie is a season highlight and the type of anguished and emotive performance that Emmy voters often reward in the drama categories.