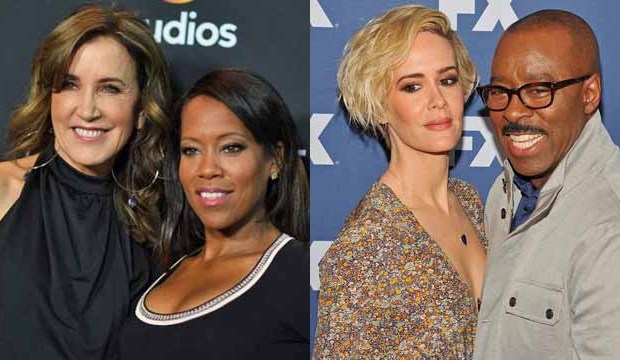 In a sharp reversal from recent years, SAG Awards officials are now allowing “American Crime” to compete in the limited series categories at the 2017 Screen Actors Guild Awards. This move also paves the way for “The People v. O.J. Simpson” (presented under the umbrella title of “American Crime Story”) to also be listed on the ballot as a limited series.

Until this decision we are exclusively reporting today, the SAG eligibility committee had held firm that anthologies using the same title from year to year (like “American Crime” and “Fargo”) must compete as dramas rather than in the long-form categories. This was the only major awards show to force such programs to compete with regular season dramas that have cast members playing the same roles for many years.

Entered on the SAG ballot last year as a drama, ABC’s “American Crime” received no nominations for its first cycle despite having contended at the Emmys as Best Limited Series and reaping bids for lead actor Timothy Hutton, lead actress Felicity Huffman, supporting actor Richard Cabral, and supporting actress winner Regina King. All of them are eligible as limited series performers on the 2017 SAG ballot along with recent Emmy nominee Lili Taylor. Huffman had a second straight nomination this year at the Emmys, and King repeated her victory.

This year marks the first time of eligibility for “The People v. O.J. Simpson,” the debut installment of “American Crime Story” on FX. The program won Best Limited Series in September, as did lead actor Courtney B. Vance, lead actress Sarah Paulson, and supporting actor Sterling K. Brown. Other nominees included lead actor Cuba Gooding, Jr. and supporting actors David Schwimmer and John Travolta. All of them will be listed on the SAG ballot.

If you’re wondering about FX anthology “American Horror Story,” it is in a different situation. Another SAG rule of recent years states that a program that declares for a certain genre (as “AHS” did in drama back in 2011) must remain in that genre throughout its SAG run. For that reason, officials are not allowing it to move into limited series. Individual actors from that project might submit on their own, but don’t expect the network to submit it in the drama ensemble race. It has not appeared on the ballot in that category for the past few cycles.

Predict the SAG Awards nominations now; change them till December 14

Be sure to make your SAG Awards predictions. How do you think “American Crime” and “The People v. O.J. Simpson” will do with voters? Weigh in now with your picks so that Hollywood insiders can see how this series is faring in our SAG Awards odds. You can keep changing your predictions right up until just before nominations are announced on December 14. Be sure to read our contest rules. And join in the fierce debate over SAG taking place right now with Hollywood insiders in our forums.

Sharen Davis ('Watchmen') on costume designs for the 1921 Tulsa massacre: 'I wanted people to feel the…

Which Oscar-winning actress is most likely to hoist an Emmy this year? Cate Blanchett, Allison Janney…