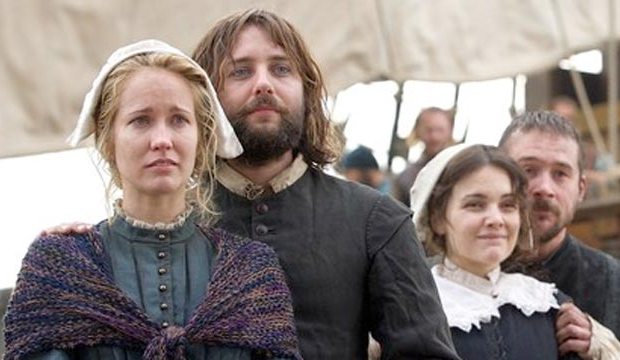 UPDATE: National Geographic Channel’s limited series “Saints and Strangers” was a hit for the cable network last Thanksgiving and even raked in three Critics’ Choice nominations: Best Movie/Miniseries, Best Actor (Vincent Kartheiser) and Best Supporting Actor (Raoul Trujillo). When finalizing their plans for the 2016 Emmy Awards, Nat Geo was originally going to only submit the first part of the two-night production for consideration, however, things have changed.

“Although initially all parties were in agreement that entering one night of ‘Saints and Strangers’ was a possible option, and is how we originally submitted the film, after further conversation it was decided that the entry would need to be in the Limited Series category,” explains Christopher Albert, EVP Global Communications & Talent Relations for National Geographic Channel. “Although we still feel that the original plan was a great option for this project, and a great way to honor the really talented filmmakers and talent who were part of the movie, we understand and respect the final decision and think ‘Saints and Strangers’ is a strong contender in all the categories it’s eligible for. We also love that this movie has started a meaningful conversation that we hope to continue as it relates to the best way to honor the talent behind movies, miniseries and anthology series, all of which have unique aspects worth considering when categories are reviewed for next year.”

Directed by Paul A. Edwards and written by the team of Seth Fisher, Eric Overmyer, Chip Johannessen and Walon Green, “Saints and Strangers” tells the story of the Pilgrims crossing the Atlantic on the Mayflower and the struggles with the Native Americans during their first year. Kartheiser plays William Bradford, the leader of the Pilgrim settlers whose great faith in a divine plan helps inspire his people in their new home of Plymouth, Massachusetts. The project also stars Anna Camp, Michael Jibson, Ron Livingston, Natascha McElhone and Ray Stevenson.

If “Saints and Strangers” earns a nomination as Best Limited Series, it’ll be a first for the network in this category. Previously, National Geographic has contended in the Best TV Movie race for “Killing Jesus” (2015) and “Killing Kennedy” (2014).