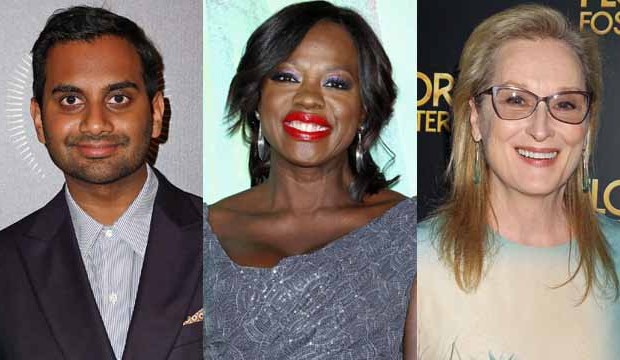 There is a surprisingly large list of famous entertainers who have never hosted “Saturday Night Live” before. As the long-running NBC variety program prepares for its 42nd season, take our new poll (bottom of this article) featuring 16 people who we think would be great choices to emcee for the first time.

Our list only includes people who have current or upcoming projects to promote. There are certainly other prominent performers like Sandra Bullock, Al Pacino, and Julia Roberts that we were forced to eliminate for that reason. We also aren’t including past “SNL” cast members like Will Forte, Seth Meyers, and Jason Sudeikis since their chances will probably be coming soon.

Our poll does include current Emmy nominees Anthony Anderson (“black-ish”), Aziz Ansari (“Master of None”), Rachel Bloom (“Crazy Ex-Girlfriend”), Benedict Cumberbatch (“Sherlock”), John Oliver (“Last Week Tonight”), and Sarah Paulson (“The People v. O.J. Simpson”). We also placed TV legend Carol Burnett on the list because it is shocking such a veteran variety performer has never been on the show.

Viola Davis crosses both the television (“How to Get Away With Murder”) and film (“Fences”) worlds this year. Her co-star and director Denzel Washington has also never hosted before. Other film folk with projects on the way include Christian Bale, Tom Cruise, Brad Pitt, Eddie Redmayne, Kristen Stewart, Meryl Streep, and Will Smith.

After taking our poll below, make your Emmy predictions right here. You’ll compete to win our contest prizes for best picks — $500 (first place), $300 (second place) and $200 (third place) in Amazon gift certificates — a place of honor on our leaderboard and a starring role in next year’s Top 24 Users (the two dozen folks who do the best predicting this year’s Emmy nominations). Be sure to read our contest rules.