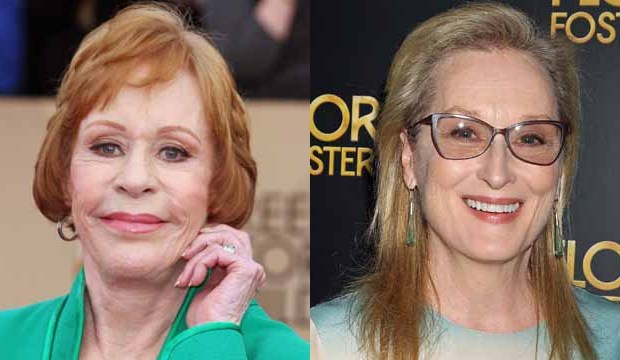 Lorne Michaels, take note! Over 1,000 people have spoken and their top two choices to host “Saturday Night Live” this season are comedy legend Carol Burnett and three-time Oscar winner Meryl Streep. The two were included in our recent poll asking who should host the long-running NBC variety program in its upcoming 42nd season. They number among a surprisingly long list of famous folk who have never hosted the show.

Streep has likely been asked to emcee since she came to fame in the late 1970s. She received 53.21% of the overall vote. When “SNL” began in 1975, Burnett’s classic self-titled variety show was nearing the end of its run on CBS. She received 32.21% of our poll votes.

Viola Davis crosses both the television (“How to Get Away With Murder”) and film (“Fences”) worlds this year. Her co-star and director Denzel Washington has also never hosted “SNL” before. Other film folk with projects on the way include Christian Bale, Tom Cruise, Brad Pitt, Eddie Redmayne, Kristen Stewart, and Will Smith.