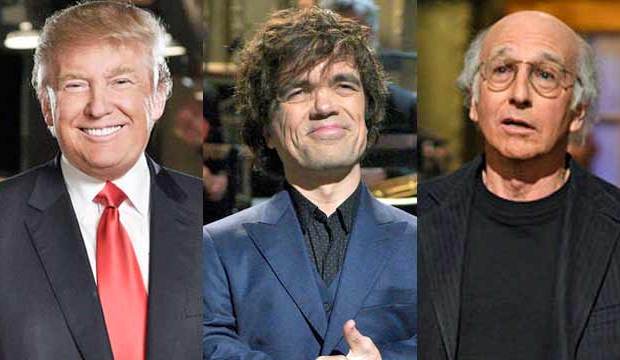 Since they first became eligible in 2009, “Saturday Night Live” has had nine of its guests hosts nominated at the Emmy Awards for Best Comedy Guest Actor. Jimmy Fallon and Justin Timberlake have both won the category twice, but neither of them hosted for this past 41st season.

Let’s take a look at the 12 men who are eligible for the recently-concluded season. Once you read through the possibilities, take our poll at the bottom of this article and tell us who you would reward with an Emmy this year. Click here to see our recent story and poll about the 10 eligible female guest hosts.

The only former cast members to host the show were Tracy Morgan, who recently recovered from major auto accident injuries, and Fred Armisen, who returned for the finale this weekend. Morgan had one prior Emmy nomination for “30 Rock” (2009). Armisen is a six-time Emmy nominee for his work on “Portlandia” and the SNL 40th anniversary but has never won.

Larry David, who portrayed Sen. Bernie Sanders several times this season, was an “SNL” writer for a short time in 1984-85 and hosted one full episode for the first time. He won two Emmys for writing and producing “Seinfeld” (1993). Speaking of politics, presidential contender Donald Trump hosted the program in November for the second time.