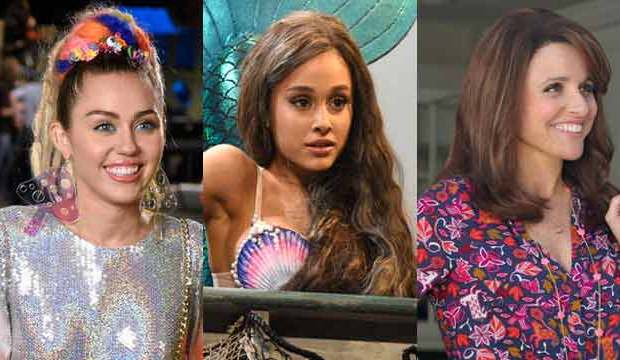 NBC can’t possibly do what they did last year for “Saturday Night Live” on the Emmy Awards ballot. No female guest hosts were submitted in the Best Comedy Guest Actress category for the first time since the show started that process in 2009. For the 2016 ballot, the long-running program has an abundance of choices to consider when making their submissions.

Let’s take a look at who is eligible for the 41st season. Once you read through the possibilities, take our poll at the bottom of this article and tell us who you would reward with an Emmy this year. We will feature a poll and article about the male hosts soon.

Former cast members Tina Fey, Julia Louis-Dreyfus, and Amy Poehler all returned as guest hosts this season. Fey won this category in 2009 and had “SNL” nominations in 2010, 2011, and 2014. Louis-Dreyfus has seven Emmy wins but no bids in this category. Poehler has a career total of 17 nominations with no wins.

Pop stars Miley Cyrus and Ariana Grande served as both guest host and musical guest on their episodes this season. It was the third time hosting for Cyrus and the first time for Grande, although both have been the featured singers before.