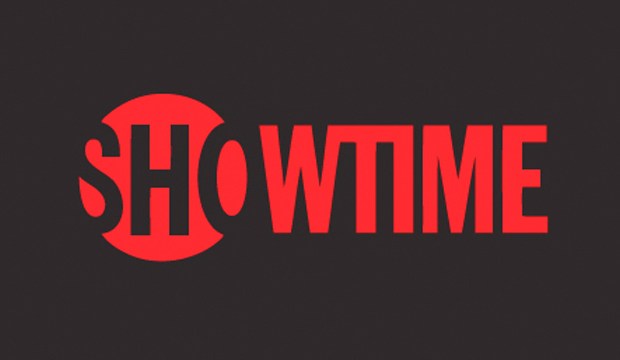 At the 2013 Emmy Awards, Showtime amassed its largest nomination count to date — 17 in the major fields of programs, acting, directing and writing. Can the paycaster beat its own record this year? It certainly is strongly positioned to do so, and I can foresee as many as 20 nominations.

“Homeland” is coming off a strong fifth season and top-lines a roster that includes starry newcomer “Billions” as well as returning dramas “The Affair,” “Masters of Sex,” “Penny Dreadful” and “Ray Donovan” and perennial comedy contenders “Shameless” and “House of Lies.”

Below, I enumerate the possibilities of Emmy nominations for this Showtime fare in the program, acting, directing and writing races.

1. ‘Homeland’ is back
Showtime’s centerpiece show had one of its best seasons yet this year and should easily return to the Best Drama Series field as well as scoring a fifth straight nomination for  Claire Danes, a two-time Drama Actress champ. Though the series lacks the male lead it had in season one winner Damian Lewis, it runs deep with worthy supporting performances. The season five standout is Drama Supporting Actress contender Miranda Otto, but the previously nominated F. Murray Abraham (2015 – Drama Guest Actor), Rupert Friend (2013 – Drama Guest Actor) and Mandy Patinkin (2013 – Drama Supporting Actor) shouldn’t be counted out either. A two-time winner in the Drama Writing field and three-time nominee in the Drama Directing field, the series is also a contender again in both these race. In total, “Homeland” could claim at least eight nominations in the top categories.

2. ‘Billions’ enters the race
Lewis may have left “Homeland” but he is back on Showtime in the new drama series “Billions.” Lewis could be joined in the Drama Actor race by co-star Paul Giamatti,  an Emmy winner for the miniseries “John Adams.” Both have serious cred with the TV academy and could help vault the series and its supporting cast into contention. Drama Supporting Actress contender Maggie Siff — she plays Giamatti’s wife and close colleague to Lewis — has the votes of a number of Emmy experts. The series itself is also one of the likeliest to take the spots left vacant by “Mad Men” in both the series and writing races. In total, look to “Billions” to earn upwards of six bids.

3. Returning contenders
Because of a gap between its fourth and fifth seasons (due next year), perennial comedy contender “Episodes” and its star Matt LeBlanc won’t be contributing to Showtime’s Emmy haul. However, look for another perennial nominee, Don Cheadle, to be back in the running for the final season of “House of Lies.” The goodbye hug for the departing laffer could potentially extend into the Comedy Series race where two spots are open with the absence of “Parks and Recreation” and “Louie.” There’s also hope in supporting and guest turns this season from Kristen Bell, Keegan-Michael Key and Wanda Sykes. That could mean five nominations for “House of Lies.”

Though “Shameless” has never been nominated in the top race, the series has amassed a number of acting nominations over its first five seasons, even when it switched from Drama to Comedy two years ago. That swap may have helped William H. Macy land Comedy Actor nominations for the last two years running and he is expected to contend again. Emmy Rossum has yet to be nominated as Comedy Actress. However with three open spots left by the departures of Edie Falco, Amy Poehler and Lisa Kudrow, this could finally be her year. Thus, “Shameless” could reap a pair of acting bids.

On the drama side of things, the men of “Ray Donovan” are each looking for their second nominations for the series: Liev Schreiber was a Drama Actor nominee last year and Jon Voight contended for Drama Supporting Actor two years ago. New additions Ian McShane and Katie Holmes factor heavily into the show’s third season and are solid options for voters in the supporting fields. That could total four acting nominations in all.

“Masters of Sex” has also seen its own share of acting nominations, including a 2014 win for Allison Janney in Drama Guest Actress. She’s a contender there again this year as is Beau Bridges who is upped to Drama Supporting Actor following his two Drama Guest Actor nominations in the first two seasons. However, series leads Lizzy Caplan (Drama Actress nominee in 2014) and Michael Sheen have a lot of work cut out for them to squeeze in tight lead races, but “Mad Men” has left open spots waiting to be filled. So, “Masters of Sex” might muster up four nominations for its cast.

[WATCH] Maura Tierney (‘The Affair’) on Helen’s reckless choices: ‘Nobody’s in the clear in season three’

4. New nominees in old shows
Then there’s the critically acclaimed series “Penny Dreadful” and “The Affair,” which contend  for their third and second seasons respectively and could leave their marks with three bids each after previous snubs.

On “Penny Dreadful,” there is a lot of love for Eva Green as a Drama Actress contender and returning guest star Patti LuPone in a new role. And the supporting work of Rory Kinnear has also gained good notices, especially for the standout “A Blade of Grass,” a two-hander in which he and Green are confined in an insane asylum.

“The Affair” has won an acting prize for two years in a row at the Golden Globes — this year Maura Tierney took Best Supporting Actress while Ruth Wilson won Best Actress the year before. Tierney is looking like the best shot at an Emmy nomination this year for her scene-stealing work in a second season that saw her role greatly expanded. If you asked me, both women should be nominated and the two men, lead Dominic West and Joshua Jackson in supporting, should join them. If West is nominated, it might be for his work on episode “210” where he sits down with his therapist played by Emmy winner Cynthia Nixon, a viable Drama Guest Actress candidate.

'The West Wing' reunion on HBO Max: What are the political show's 20 greatest episodes, ranked worst to…