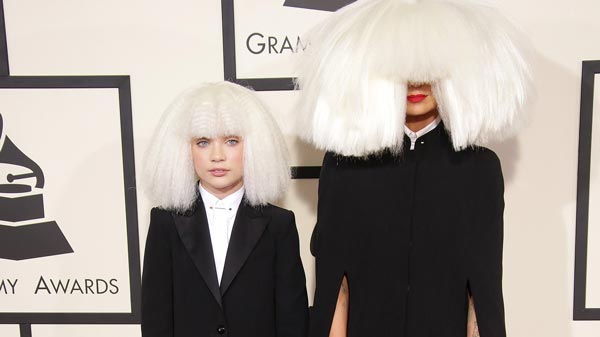 Sia may be one of the most prolific singer/songwriters of recent years, but she is still waiting to win her first Grammy Award after five losses (one for “Wild Ones” in 2013 and four for “Chandelier” in 2015). This year, she has her best-ever chance with “Cheap Thrills,” one of the biggest hits of the summer.

Over the years, Sia has made a name for herself as an acclaimed vocalist and as a hit-maker for other high-profile performers and has won eight ARIA Awards (the Australian equivalent of the Grammys. She has penned tunes for Rihanna (“Diamonds”), Beyoncé (“Pretty Hurts”), and Ne-Yo (“Let Me Love You”) as well as herself –“Breathe Me” (which featured in the series finale of “Six Feet Under”), “Bang My Head” (with Guetta and Fetty Wap), “Chandelier,” “Elastic Heart” and “Alive” — and collaborated with the likes of David Guetta (“Titanium”) and Flo Rida (“Wild Ones”). She has also written songs for motion pictures, including “Sledgehammer” (from “Star Trek Beyond,” performed by Rihanna), “Try Everything” (from “Zootopia,” performed by Shakira), “Opportunity” (from “Annie,” performed by Quvenzhané Wallis and nominated for Best Song at the Golden Globes in 2014) and “Bound To You” (from “Burlesque,” performed by Christina Aguilera and nominated for Best Song at the Golden Globes in 2009).

“Cheap Thrills” (featuring Sean Paul) achieved double platinum sales stateside and was her first number one on the US Hot 100 Billboard charts. It is her best shot to claim that overdue Grammy that eluded her two years ago when “Chandelier” lost Song of the Year and Record of the Year (to “Stay With Me” by Sam Smith) and Pop Solo Performance and Music Video (to “Happy” by Pharrell Williams). According to our exclusive odds, “Cheap Thrills” is currently ranked third in Song of the Year (with 9/1 odds) and Record of the Year (15/2 odds) behind “Hello” by Adele and “Formation” by Beyoncé.

Sia might also surprise with her follow-up hit “The Greatest,” which features Kendrick Lamar. That track is currently trending upwards in the Record of the Year odds at Gold Derby, where it currently sits in 29th position and may make an appearance in the pop field alongside “Cheap Thrills.”

“This is Acting,” her sixth studio album, is in sixth place at Gold Derby (with 28/1 odds) for Album of the Year, behind discs by Adele, Beyoncé, Radiohead, Drake and the late David Bowie.

Make your early Grammy predictions now; change them up until Dec. 6

Gold Derby readers just like YOU often turn out to be our smartest prognosticators, so it’s important that you give us your Grammy predictions. You can continue to update and change your forecasts as often as you like before nominations day on Dec. 6, just click “Save” when you’ve settled on your choices. You’ll compete to win a $100 Amazon gift certificate, bragging rights and a place of honor on our leaderboard. Our racetrack odds change as you make your predictions, just as they do when you bet on the Emmys, Oscars, Golden Globes and more. Be sure to read our contest rules and sound off on the Grammy race in our music forum.

Grammy Pride flashback: Sam Smith's big wins for 'Stay with Me' were rare for openly queer…

Grammys Pride flashback: How Wendy Carlos made history for trans women and synthesizers