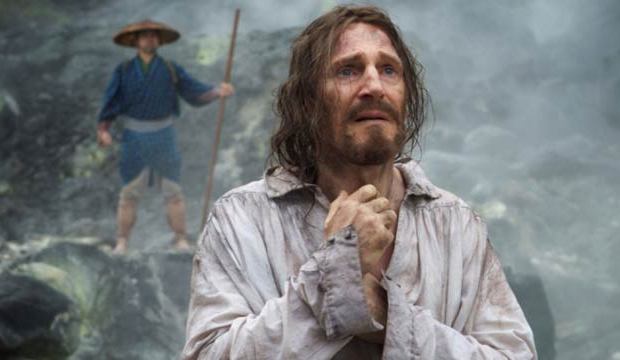 Martin Scorsese is poised to reap Oscar nominations #13 and #14 for directing and producing “Silence.” This Academy Award-winning director (“The Departed”) has been trying to bring Shusaku Endo‘s 1966 novel of the same name to the screen for almost three decades. In his film, due out in December, he follows a pair of Portuguese Jesuit priests (Andrew Garfield and Adam Driver) who travel to 17th century Japan in search of their mentor (Liam Neeson).

Scorsese, one of the Hollywood’s most celebrated filmmakers, has been no stranger to the Oscars in recent years. Indeed, seven of his dozen nominations have been earned since 2002, the year of “Gangs of New York.” Overall, 15 of his films have generated a combined 80 Oscar nominations. Let’s look back at how they fared with the Academy Awards.

The first appearance by a Scorsese picture at the Oscars came in 1974 when “Alice Doesn’t Live Here Anymore,” his fourth film, scored three nominations: Best Actress (Ellen Burstyn), Best Supporting Actress (Diane Ladd) and Best Original Screenplay (Robert Getchell). While Ladd and Getchell fell to Ingrid Bergman (“Murder on the Orient Express”) and Robert Towne (“Chinatown”) respectively, Burstyn, at that point on her third nomination, prevailed. As she was in New York, appearing in Broadway’s “Same Time, Next Year,” Scorsese picked up his leading lady’s Oscar on her behalf.

Scorsese’s next film would not only garner plenty of awards season love but ultimately, in the years to follow, be looked upon as one of the filmmaker’s finest pictures. “Taxi Driver,” released in 1976, was the toast of that year’s Cannes Film Festival, taking home the Palme d’Or. On Oscar nominations morning, although Scorsese was overlooked for Best Director, the film scored four bids: Best Picture, Best Actor (Robert De Niro), Best Supporting Actress (Jodie Foster) and Best Original Score (Bernard Herrmann). This time around, however, there were no victories, as “Rocky,” the late Peter Finch (“Network”), Beatrice Straight (“Network”) and “The Omen” (Jerry Goldsmith) triumphed against the “Taxi Driver” nominees.

While the Academy took a pass on Scorsese’s 1977 film, the ambitious “New York, New York,” his first release of the 1980s, “Raging Bull,” would at last score him his first Oscar nomination for Best Director. Critically adored, it has since graced countless lists of the all-time greatest motion pictures. And it proved a robust player during that year’s awards season, as De Niro all but steamrolled his way through the precursors. The picture landed eight Oscar nominations in total, including Best Picture, Best Director, Best Actor, Best Supporting Actor (Joe Pesci) and Best Supporting Actress (Cathy Moriarty). On Oscar night, with Robert Redford‘s “Ordinary People” largely proving the preference of voters, “Raging Bull” mustered just two victories, for De Niro and – in her first of three wins for a Scorsese picture – film editor Thelma Schoonmaker.

Scorsese himself would not be nominated for an Oscar for another eight years. His 1986 release, “The Color of Money,” did, however, garner recognition in other categories. The film, headlined by Paul Newman, reprising his role of Edward “Fast Eddie” Felson from 1961’s “The Hustler,” received four Oscar nominations: Best Actor (Newman), Best Supporting Actress (Mary Elizabeth Mastrantonio), Best Adapted Screenplay (Richard Price) and Best Art Direction (Boris Leven and Karen O’Hara). Newman, who had garnered an honorary prize the year prior – after losing six times in the lead race – finally scored a competitive win on Oscar night.

Scorsese returned to the Best Director category in 1988 with his controversial “The Last Temptation of Christ,” based on the eponymous 1955 novel by Nikos Kazantzakis. While Scorsese lost to Barry Levinson, whose “Rain Main” proved an Oscar darling at that year’s ceremony, his picture was heralded by countless critics, including Gene Siskel, who labeled “Last Temptation” the best film of 1988.

Two years later, the latest Scorsese picture,”Goodfellas,” would top both Siskel’s and Roger Ebert‘s lists of the best films of 1990. Based on the 1986 non-fiction book “Wiseguy” by crime reporter Nicholas Pileggi, the film reunited Scorsese with “Raging Bull” alums De Niro and Pesci. Newcomers Ray Liotta and Lorraine Bracco took on the key roles of Henry and Karen Hill. “Goodfellas” won immense critical acclaim, taking the Best Picture prize from both the New York and Los Angeles film critics.  On Oscar nominations morning, it scored half a dozen nominations, including Best Picture and Best Director. Scorsese also received his first screenwriting bid, alongside Pileggi. On Oscar night, however, while Pesci went home with the Best Supporting Actor prize, “Goodfellas” otherwise came up short to Kevin Costner’s “Dances with Wolves,” which claimed seven awards.

Scorsese’s follow-up to “Goodfellas” again teamed him with De Niro. His 1991 remake of “Cape Fear” was a significant box office success – his biggest moneymaker to date, a record it would hold until 2004’s “The Aviator” – and generated De Niro’s sixth career Oscar nomination. Also recognized, in Best Supporting Actress, was newcomer Juliette Lewis. Ultimately, De Niro and Lewis would lose to Anthony Hopkins (“The Silence of the Lambs”) and Mercedes Ruehl (“The Fisher King”) respectively.

Over the rest of the 1990s, Scorsese directed three films – 1995’s “Casino,” 1997’s “Kundun” and 1999’s “Bringing Out the Dead” – none of which generated the acclaim or success of the likes of “Raging Bull” and “Goodfellas.” Sharon Stone did, however, net a Best Actress nom for “Casino” (losing to Susan Sarandon in “Dead Man Walking”) and “Kundun” received four below-the-line nominations – Best Art Direction (Ferretti and Francesca Lo Schiavo), Best Cinematography (Roger Deakins), Best Costume Design (Ferretti again) and Best Original Score (Philip Glass). It did not, however, score a win.

In 2002, a Scorsese picture finally earned a double-digit number of Oscar nominations. “Gangs of New York,” inspired by Herbert Asbury‘s 1927 book marked the first of his collaborations with Leonardo DiCaprio. Early on thought to be the picture that would finally land Scorsese the Best Director Oscar, the filmmaker was indeed nominated for the prize, and “Gangs of New York” landed nine other bids to boot, including Best Picture and Best Actor (Daniel Day-Lewis). Though Scorsese picked up the Golden Globe for his direction (his first victory there), come Oscar night, the film was shut out, as the academy instead showered love on Rob Marshall‘s “Chicago” and Roman Polanski‘s “The Pianist.” The film fell just short of “The Color Purple” and “The Turning Point” as the all-time biggest Oscar loser; those films had gone 0 for 11.

The sense that Scorsese was long overdue for Oscar victory was even stronger two years later, with the release of his big-budget “The Aviator.” Again working with DiCaprio, the film focused on the life of movie producer and aviation pioneer Howard Hughes between the late 1920s and early 1940s. The picture set a new record for Scorsese – 11 Oscar nominations, including Best Picture and Best Director. On Oscar night, “The Aviator” scored more Oscar wins than any other prior Scorsese film but the director did not number among them. With Clint Eastwood‘s “Million Dollar Baby” triumphing in Best Picture and Best Director, “The Aviator” took home prizes in Best Supporting Actress (Cate Blanchett), Best Art Direction (Ferretti and Lo Schiavo), Best Cinematography (Robert Richardson), Best Costume Design (Sandy Powell) and Best Film Editing (Schoonmaker).

Then came 2006. Scorsese’s starry crime drama “The Departed,” a remake of the 2002 Hong Kong film “Infernal Affairs,” fared marvelously at the box office upon release that fall, grossing more than $130 million domestically – the most of any of his pictures to date, and a record that still holds. The film did not break any records for the director on Oscar nominations morning, picking up five for Best Picture, Best Director, Best Supporting Actor (Mark Wahlberg), Best Adapted Screenplay (William Monahan) and Best Film Editing (Schoonmaker). Scorsese found himself in familiar territory, again pitted against Eastwood, whose “Letters from Iwo Jima” was up for Best Picture and Best Director. Many pundits believed the sleeper hit “Little Miss Sunshine,” which scored important wins with the Producers Guild of America and Writers Guild of America, could take the top prize. But at last, Scorsese broke through at the Oscars. “The Departed” claimed victory with four of its five bids, with only Wahlberg falling short (to Alan Arkin for “Little Miss Sunshine”). Scorsese’s Best Director Oscar was presented to him by three fellow juggernauts of film – Francis Ford Coppola, George Lucas and Steven Spielberg.

In 2011, Scorsese delivered his first film shot in 3D. “Hugo,” based on the graphic novel “The Invention of Hugo Cabret” by Brian Selznick, marked Scorsese’s most expensive picture to date, sporting a budget of more than $150 million. Though domestic box office receipts for the film were lukewarm, Scorsese again garnered immense critical acclaim and “Hugo” wound up with 11 Oscar nominations, tying the filmmaker’s record with “The Aviator.” For the first time, Scorsese was recognized for not only directing but also producing his film. On Oscar night, while Michel Hazanavicius‘ “The Artist” went home with the prizes in Best Picture and Best Director, “Hugo” scored five wins – Best Cinematography (Richardson), Best Art Direction (Ferretti and Lo Schiavo), Best Sound Mixing (Tom Fleischman and John Midgley), Best Sound Editing (Philip Stockton and Eugene Gearty) and Best Visual Effects (Robert Legato, Joss Williams, Ben Grossmann and Alex Henning).

On “Silence,” Scorsese worked alongside a host of familiar faces, including Oscar-winners Schoonmaker, Ferretti and Lo Schiavo, plus Oscar-nominee Cocks. Do not be surprised if some, if not all of these talents grace the Oscar red carpet next February.