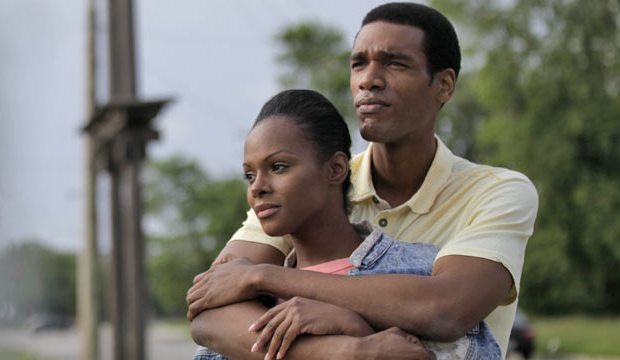 “Southside with You” is well-timed for release in a presidential election year. In the style of “Before Sunrise” refashioned into a political origin story, it imagines the first date between future president Barack Obama (Parker Sawyers) and future first lady Michelle Robinson (Tika Sumpter, who also produces the film). Taking place over the course of one day, it’s mostly a two-hander between Sawyers and Sumpter, and its critical acclaim indicates that it could be a major player on the indie awards circuit, or even the Oscars. As of this writing it has scored 75 on MetaCritic and 93% freshness on Rotten Tomatoes. Check out some of the reviews below.

Moira Macdonald (Seattle Times): “Being the third wheel on someone else’s first date is rarely as delightful as it is in ‘Southside With You,’ Richard Tanne’s charming film about two 20-something lawyers spending some time together outside of the office in 1989 Chicago. It is, at heart, a long conversation — think ‘Before Sunrise’ crossed with ‘My Dinner with Andre.’ And, because those two lawyers are named Barack Obama (Parker Sawyers) and Michelle Robinson (Tika Sumpter), it’s the beginning of a story that we already know. (Spoiler alert: The date, ultimately, goes well.)”

Justin Chang (Variety): “On the surface a mellow and agreeably meandering ‘Before Sunrise’-style walkabout, Richard Tanne’s writing-directing debut deepens into a pointed, flowing conversation about the many challenges (and varieties) of African-American identity, the need for both idealism and compromise, and the importance of making peace with past disappointments in order to effect meaningful change in the future.”

Leah Greenblatt (Entertainment Weekly): “But because history has already told us where all this is headed, there isn’t much inherent mystery. That leaves writer-director Richard Tanne to build his narrative around something other than dramatic tension, and the route he chooses has the loose, discursive intimacy of indie cinema … ‘Southside’ doesn’t hang on epiphanies; instead, it delivers something more modest: a tender, unrushed love story.”

Edward Douglas (New York Daily News): “What makes ‘Southside With You’ work so beautifully is that it could be a romantic comedy about two strangers, but because the characters are based on two people we feel we know pretty well, it adds another layer to the unfolding relationship drama … Tanne’s screenplay wouldn’t work nearly as well if he didn’t have two actors with such undeniable chemistry. Sumpter, who doubles as one of the film’s producers, is very good as Michelle, but Sawyers just knocks one out of the park as a young Barack.”