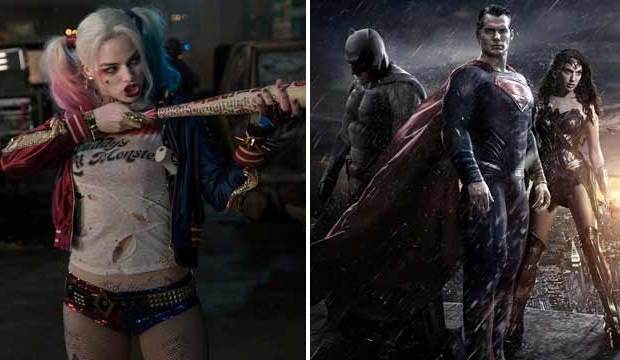 DC Comics has recently been trying to build a cinematic universe to rival the behemoth Marvel franchise that includes “The Avengers,” “Captain America” and “Guardians of the Galaxy,” but so far DC has met with creative struggles. “Batman v Superman: Dawn of Justice” was widely dismissed by critics, and now the latest DC film, “Suicide Squad” is meeting a similar fate, scoring 41 on MetaCritic and just 27% freshness on Rotten Tomatoes. That’s the same Tomatometer score  as “Batman v. Superman” ans an even lower Metascore.

“Batman v. Superman” made a killing at the box office ($872 million worldwide), and “Suicide Squad” might do so as well, but given their struggles to find their footing with critics our forum posters are wondering if these two films could actually tie for Worst Picture at the Razzies as happened last year when “Fifty Shades of Grey” shared the top prize with another superhero flop, “Fantastic Four.” Read some of their comments below, and click here to join the discussion.

Teridax: I’d just love seeing the internet go nuts, with fanbabies starting a petition to boycott the Razzies “whose voters were clearly paid off by Marvel.” Think about it, that would be the funniest thing ever! The Razzies would get free publicity, and all us sane people would get a good laugh over the controversy.

Leo Grant Logan: I don’t see a tie happening for both DC movies this year because there are far worse films that were out than them.

WaltEagle: “BvS” deserves it most, but let’s not forget “X-Men: Apocalypse,” “Warcraft,” and “Zoolander 2.”

Alex Meyer: I’m calling it right now:”Dirty Grandpa” will sweep the Razzies next year. It deserves to.

[WATCH] ‘The Great Wall’ trailer with Matt Damon & monsters: ‘What were they trying to keep out?’

JMK21571: They won’t tie for “worst” honors or even be nominated for Worst Picture, seeing that there’s the even more putrid likes of “God’s Not Dead 2,” “Gods of Egypt,” “Dirty Grandpa,” “Mother’s Day,” “Norm of the North,” “Alice Through the Looking Glass,” “Nina” (aka the worst biopic EVER!) and below all, “Independence Day: Regurgitation” to deal with, not to mention the upcoming remake of “Ben-Hur” (a sure-fire dud/stinker if there ever was one).