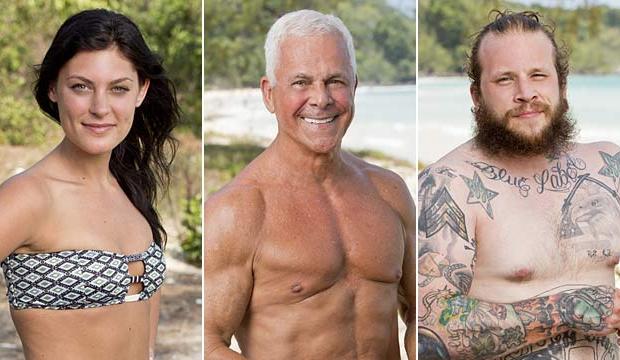 With only three weeks left before the season finale of “Survivor: Kaoh Rong” airs on CBS May 18, let’s rank the remaining castaways from first to worst. The elimination of Julia Sokolowski tonight leaves only six contestants left in the game. Read below to see which three have the hardest chance of winning Season 32. (Click here for the top three castaways.)

4. Michele Fitzgerald — An early favorite to win, Michele has strangely been in the background for the past few weeks. But her spectacular victory in this week’s memory/puzzle Immunity challenge puts her back front and center. Does she have what it takes to squeak past Tai, Aubry and Cydney to pull off a surprise win?

5. Joseph Del Campo — Unfortunately for Joe, he’s by far receiving the worst edit of the season. With only six people left in Kaoh Rong, he’s had virtually no screen time and thus can’t win by “Survivor” standards. Joe is essentially an extra, and because of that the audience would be in an uproar if this ex-FBI agent took home the prize.

6. Kyle Jason — Despite earning more TV attention this season than anyone else other than Tai, Jason has virtually no chance to win the game. Even if he manages to beat the odds and survive to the Final 3, there’s no way he’ll earn more than one or two jury votes (from Scot and Julia). Thanks for playing, Jason. Better luck next time.

Click here to see our analyses of the other three castaways — Tai Trang, Aubry Bracco, Michele Fitzgerald — and then sound off in the comments section below about what you think of our “Survivor” rankings.