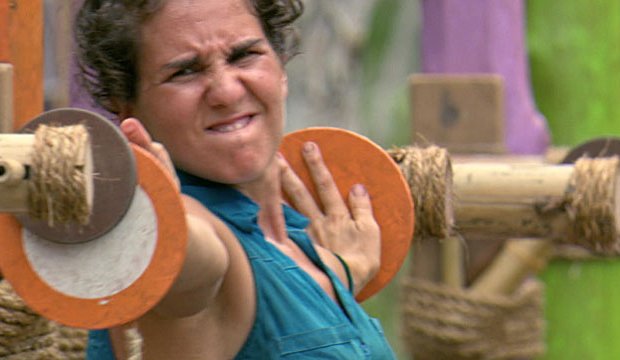 With only two weeks left before the “Survivor: Kaoh Rong” finale airs on CBS May 18, we’ve been asking our readers to vote for who they want to win. The elimination of Kyle Jason tonight leaves only five castaways still in the hunt for the $1 million, and Aubry Bracco is the clear frontrunner in our poll with leading 40% of the vote. Do you agree or disagree with our readers’ results? Keep voting in our poll below.

Aubry is well-spoken and great at the social game, but the other castaways are aware of her strengths and, frankly, would be foolish to bring her to the end. Can she survive the next Tribal Councils to be in the finals? It’s amazing to think that Aubry actually considered quitting back in Episode 1 when the heat got to be too much. What would this season have been without her?

As for the other four castaways still in the game, Tai Trang is in second place at 20%, Cydney Gillon is in third place at 17% and Michele Fitzgerald is right behind them at 15%. As of this writing, Joseph Del Campo still has 0% of the vote. After voting in our “Survivor: Kaoh Rong” winner’s poll, be sure to sound off in the comments section below or right here in our reality TV forums.