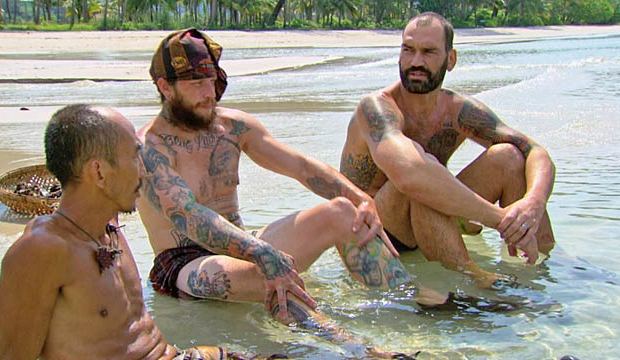 Did you correctly predict who was blindsided in the 10th episode of “Survivor: Kaoh Rong” Wednesday night?

According to exclusive Gold Derby odds that are derived from the predictions made by contest entrants like you, Scot Pollard’s ouster was not a shocker as he had leading 8/5 odds of being sent packing. That put him in first place on our elimination chart for this week’s episode, titled “I’m Not Here to Make Good Friends.”

Following Scot, our readers gave Cydney Gillon second-best odds of 4/1 for being voted out tonight, with Aubry Bracco in third place with odds of 11/1.

This episode proved to be the end of the Brawn domination by Scot and Kyle Jason, as their third-in-line tribe member Tai Trang refused to give up his hidden immunity idol to save Scot from elimination. Scot leaves the game with Jason’s hidden idol in his pocket, which is sweet revenge for the castaways on the other side.