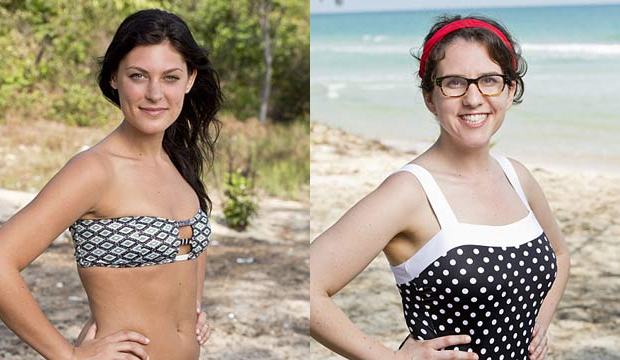 Last week I compared each of the final castaways to former winners, but this week I want to delve deeper into each of their games and evaluate which one is in the best position to win “Survivor: Kaoh Rong.” Take a look at my power rankings below and then let us know in the comments and by voting in the poll who YOU think will win.

Make your predictions for who YOU think will win ‘Survivor: Kaoh Rong’

1. Michele Fitzgerald — The one thing that has remained true for me as a viewer this season is my gut feeling that one of the three original Beauty girls would win. First I “knew” it would be Anna Khait. When Anna was eliminated my attention quickly diverted to Julia Sokolowski who turned her own strategy up a couple notches. But then Julia was voted out and the spotlight was on Michele. Since Julia’s exit Michele started making decisions on her own, culminating in one of her best moments when she challenged Tai’s loyalty at the final six tribal council before uniting with the girls-plus-Joe to vote out Jason. Of the four players left, Michele has created the least amount of friction within the tribe and has shown a keen awareness about where everyone’s loyalties lie and how to maneuver within them without putting a target on her back. At a final tribal council Michele is likely to be questioned about what her big moves were in the game — if she can answer that with an honesty and clarity that the jury connects with then I think she’s got this in the bag.

2. Aubry Bracco — Look, Aubry should be the winner — there’s no question in my mind about that. Not only has she played the most strategically aggressive game of the four left, but she’s also had to dig herself out of the deepest holes. The curve balls of her closest allies being evacuated at pivotal points of the game would have dismantled anyone else’s entire strategy, but Aubry adapted and made new plans that have, so far, worked in her favor. I also don’t doubt that Aubry is going to be able to communicate this struggle to the jury in a way that should make them understand why she should win. But this is a jury composed of some of the most stubborn players in a long time and I don’t think votes from Scot, Nick or Jason are going to come easily to Aubry. If Tai’s on her jury, that’ll be a tough one, too, especially if she has to betray his friendship once again to put him there. Then again, former allies Debbie, Joe and Neal are probably slam dunk votes for her. Could be close.

3. Tai Trang — It’s a shame (for many reasons) that Joe Del Campo was medically evacuated last week and while much of the focus of that has been on Aubry losing another ally, an equally disappointing result is that Tai never got to use the idol he’s been holding on to for the entire game. That’s right, Tai’s idol can’t be used in the final four and my guess is that the girls still believe him to be the biggest threat to win so unless he wins the final immunity, he’s the most in danger of being voted out before the finals. But I don’t think he has as much of the jury on his side as his competitors think. Tai did one of the most evil things I’ve ever seen on “Survivor” when he refused to give Scot Pollard his idol to save him via the new super idol twist. Scot is unlikely to forget that betrayal, but it also had a negative impact on Kyle Jason’s game who in the process also saw the idol he’d be saving go unused. If Tai gets to the final three it’ll mean that one of Aubry, Cydney and Michele don’t and each of them could very well have their own vendetta against Tai, too, making a total of three jury votes that Tai would have to work hard to swing his way.

4. Cydney Gillon — I can’t think of a single vote Cydney is likely to get if she makes it to the final tribal council, which should be exactly what gets her to the final tribal council. For all of the spot-on observations Cydney has been able to make throughout the season, her game has been pretty under the radar. I don’t think she’ll get any votes because I don’t think anyone can find specific moves she made that had huge impacts on the game. The power Cydney has wielded has been the power to jump alliances only to become a soldier in someone else’s strategy. And Cydney has jumped alliances pretty often — first she turned away from the Brawn boys and joined with the Brains, then she started to turn against that alliance, making moves against Debbie Wanner and Tai almost unexpectedly. But it isn’t Cydney’s own game that is her biggest hurdle in a final tribal council, she’ll have to wrestle away the votes of jury members that already have much stronger bonds with the other finalists.

What should  'Joey Amazing' do to finally win 'Survivor'? Finding an idol couldn't hurt, say 32% of fans…