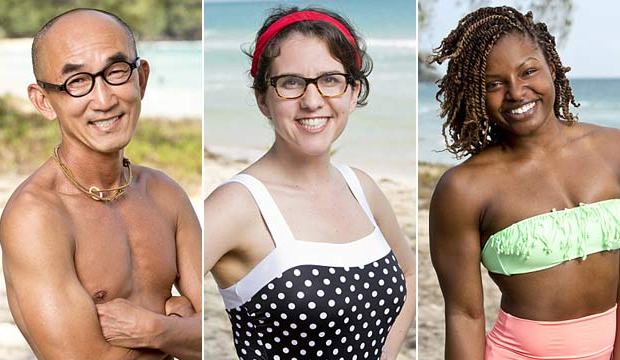 With only three weeks left before the season finale of “Survivor: Kaoh Rong” airs on CBS May 18, let’s rank the remaining castaways from first to worst. The elimination of Julia Sokolowski tonight leaves only six contestants left in the game. Read below to see which three have a legitimate chance of winning Season 32. (Click here for the bottom three castaways.)

1. Tai Trang — America’s newest sweetheart had a rough go of things early in the game when his BFF Caleb Reynolds was evacuated due to heat exhaustion. Tai has straddled both sides of the game since the merge, with last week’s decision to turn on Scot Pollard being the best move of the season so far. He will easily win the jury vote, but will the other five castaways let him get that far knowing that he has a hidden immunity idol and a secret advantage?

2. Aubry Bracco — On the off chance that Tai gets blindsided before the finale, we should expect Aubry to win the $1 million prize. She’s well-spoken, great at the social game, and even managed to swing Tai over to her side last week. It’s amazing to think that Aubry actually considered quitting back in Episode 1 when the heat got to be too much. What would this season have been without her?

3. Cydney Gillon — In a season build around Brawn, Brains and Beauty, Cydney possesses all three traits. Her smartest move by far was getting rid of the dead weight of Jason and Scot, however she didn’t necessarily do it in a way that might get them to turn around and vote for her to win in the finals. Thus, her biggest fault might be her social game.

Click here to see our analyses of the other three castaways — Michele Fitzgerald, Joseph Del Campo, Kyle Jason — and then sound off in the comments section below about what you think of our “Survivor” rankings.