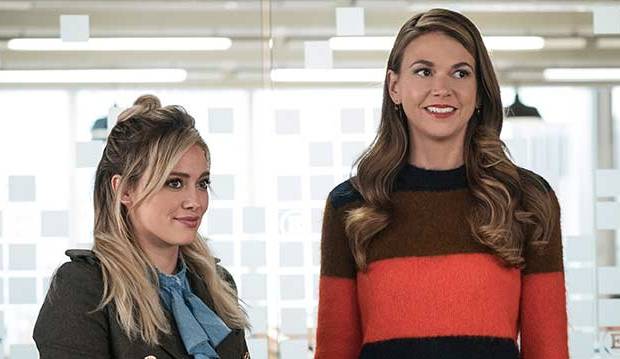 Anyone who thinks actors can only convincingly play younger on stage has yet to watch Sutton Foster in TV Land’s hit show “Younger.” The two-time Tony winner (“Thoroughly Modern Millie,” “Anything Goes”) has been shaking off a decade or two for the last two seasons in an attention-grabbing performance as Liza Miller on TV Land’s “Younger.” Foster’s magnetic performance breathes new life into the well-worn premise of the series, which follows Foster’s divorced forty-something Liza as she reinvents her life as a twenty-something publishing assistant, ditching the doldrums of the New Jersey suburbs for the excitement of Brooklyn.

While the entire ensemble has received ample praise, it’s Foster’s performance that has earned the most critical acclaim.  Many reviews focus on the infectious enthusiasm that Foster brings to the screen: Ken Tucker (Yahoo TV) writes that Foster “radiates so much eager energy” and delivers her lines like “solid-gold screwball-comedy” while Hank Stuever (Washington Post) praises her as an “energetic and engaging lead” who never misses a beat .  And Kate Kulzick (The AV Club) spotlights Foster’s ability to seamlessly switch “between slapstick comedy, wordplay, and moments of thoughtful introspection”

With such acclaim, it’s surprising that Foster hasn’t become a larger factor in the discussion about this year’s Emmy lineup for Best Comedy Actress.  Of last year’s six nominees, three are ineligible to return: Edie Falco (“Nurse Jackie”), Lisa Kudrow (“The Comeback”), and Amy Poehler (“Parks and Recreation”).  Most pundits predict three of the following four actors to break through: Ellie Kemper (“Unbreakable Kimmy Schmidt”), Rachel Bloom (“Crazy Ex-Girlfriend”), Tracee Ellis Ross (“black-ish”) and Gina Rodriguez (“Jane the Virgin”). However, the sheer number of open slots presents Foster with her best chance yet for her first nomination.

Tony Awards performance: Sutton Foster was ‘On My Way’ as ‘Violet’ (Video)

Should Foster reap a well-deserved nomination for the second season of “Younger,” she has a great episode to submit to Emmy judges.  In “Jersey, Sure,” Liza and her twenty-something boyfriend venture out of Brooklyn to visit Liza’s old neighbors in New Jersey.  The episode proves to be a tremendous showcase for Foster’s range as she gets to feign optimism about the evening, become enraged when the longevity of her relationship comes into question and indulge in some slapstick after Liza munches on a pot lollipop and gets high to tolerate the rest of the evening.

Despite all of these factors working in her favor, Foster has some hurdles to overcome. Though the Tony Awards love Foster, the Emmy, SAG and the Golden Globe Awards have yet to acknowledge her television work.  There’s also the fact that TV Land has yet to make a big splash at the Emmys for its original programming.  Since their first nominations and one win back in 2011 the network has only received five total Emmy noms, and they’ve only contended once for acting: for sitcom legend Betty White (Best Comedy Supporting Actress, “Hot in Cleveland,” 2011).