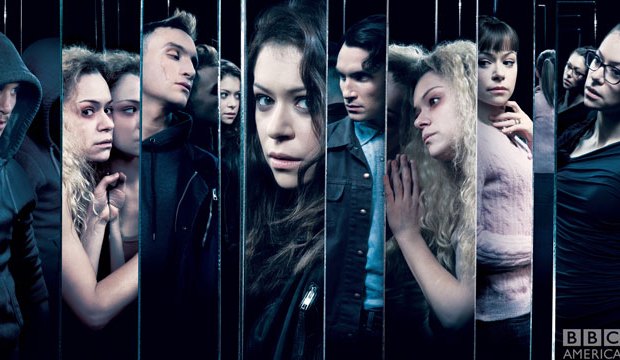 Tatiana Maslany has picked up her second consecutive Emmy nomination as Best Drama Actress for her role, er roles, on BBC America’s hit series “Orphan Black.” Maslany plays 10+ clones, including Sarah, Rachel, Cosima, Helena, Beth, Krystal and Alison. Though she came up short in last year’s race when Viola Davis (“How To Get Away With Murder”) took home the gold, she’s looking for this year to be different with the help of her submitted episode “The Antisocialism of Sex.”

SYNOPSIS
Sarah struggles to cope with a decision that led the death of an ally and reverts back to old, bad habits. Cosima contemplates a risky procedure while Alison, trying to save as much normalcy as possible, throws her daughter a birthday party that is disrupted by some uninvited guests. Meanwhile, Rachel tries to figure out if she’s merely a prop or can still hold power in her current physical state.

Will Malany win her first Emmy for this series? Let’s examine the pros and cons:

PROS
Maslany not only brings a variety of clones to the screen, but she also gives, arguably, the most critically hailed performance in the category. She’s already won the TCA Award, two Critics’ Choice TV Awards and been nominated for both a Golden Globe and the Screen Actors Guild awards. It’s a performance and role that can’t be ignored.

Playing a variety clones not only gives Maslany the “Wow” factor, but it also gives Emmy voters many performances to honor.

“The Antisocialism of Sex” is a great showcase which allows the actress to display a variety of emotions. From her happiness at a birthday part to despair over the death of a loved one to going off the deep end and into a dark place, Maslany hits a series of emotional notes without a hiccup.

CONS
It’s hard to follow the plot if you’re not already an “Orphan Black” fan. The trickiest part for Maslany in selecting an episode is giving Emmy voters one where they can readily understand the story. Unfortunately this episode may prompt reactions of “Wait, what!?” rather than “Oh, I get it!”

You’ve heard of Maslany, but have you watched her in action? That may be the biggest question facing Emmy voters. The actors branch knew enough about her critically hailed work to nominate her, but have they tuned in to “Orphan Black”?