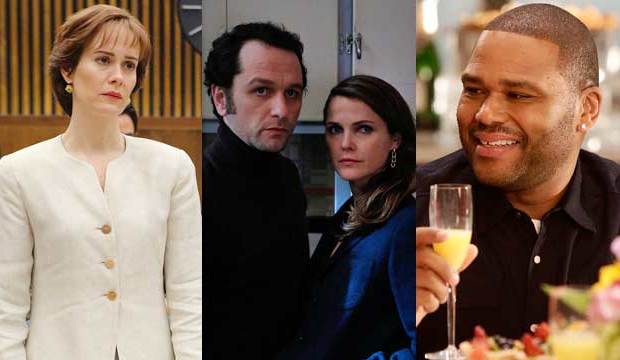 Courtesy of FX and ABC

The Television Critics Association handed out their awards for 2016 on Saturday, August 6, and the big winner was “The People v. O.J. Simpson.” It prevailed in all three of its categories: Best Movie/Miniseries, Best Individual Achievement in Drama (Sarah Paulson) and the top prize, Program of the Year. Paulson’s co-star Courtney B. Vance also contended in the Individual Achievement contest. Click here for the complete list of winners.

“The Americans” was still a winner, however. The period spy thriller won Best Drama Series for the second year in a row. It hopes to follow that up for an Emmy for Best Drama after earning its first ever nom in the the TV academy’s top category. Seven other shows have won Best Drama multiple times at the TCA Awards, and five of them also won the Emmy for Best Drama (“Breaking Bad,” “Lost,” “Mad Men,” “The Sopranos” and “The West Wing”). The other two multiple TCA champs were “I’ll Fly Away” and “Homicide: Life on the Street.”

Best Comedy Series was won by “Black-ish,” which also has a corresponding nomination in the Emmys’ top race. It overcame the Emmy frontrunner, “Veep,” which previously won this TCA prize in 2014, and “Crazy Ex-Girlfriend,” which nevertheless took Best Individual Achievement in Comedy for Rachel Bloom, who created, writes, composes and produces the series in addition to her starring role. That award has also gone to other multi-hyphenate performers in the past, like Tina Fey (“30 Rock,” 2008), Louis C.K. (“Louie,” 2012-2013) and Amy Schumer (“Inside Amy Schumer,” 2015).

Best News and Information was awarded to the new talk show “Full Frontal with Samantha Bee.” Other variety series have won this award in years past, including “The Daily Show with Jon Stewart” (2004) and “Last Week Tonight with John Oliver” (2015), but Samantha Bee is the first female talk host to do so.