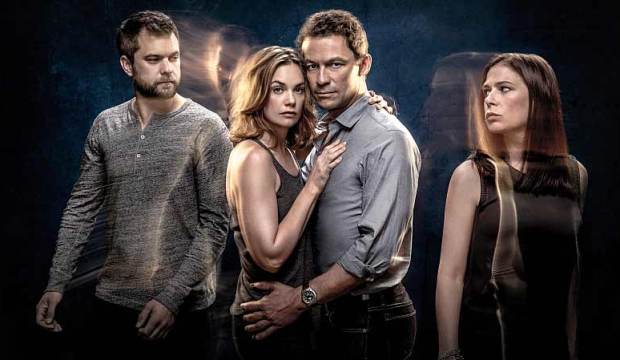 “I hope that [viewers] walk away looking at themselves and their relationships a little bit differently,” said Epstein of the show, which examines an extramarital relationship between author Noah (Dominic West) and Montauk waitress Alison (Wilson) through multiple conflicting points of view. “I think one of the strengths of the show from the beginning has been the relatability of all the characters, in all of their flaws and the ways in which they are many different people at once.”

Complicating the romantic entanglements of “The Affair” is a murder mystery: who killed ne’er-do-well Scotty Lockhart (Colin Donnell) in a hit-and-run accident? That question was answered when the second season ended in December 2015: (SPOILER ALERT) turns out most of the characters had a hand in the death. Helen (Tierney) was driving the car while drunk, her ex-husband Noah helped cover it up, and Alison shoved Scotty into harm’s way.

Wilson explained of her character’s destructive actions in that finale, “She’s told the truth [about her baby daughter’s parentage] and managed to have this moment of almost clarity … and then she pushes this guy in front of a car and her whole life is ruined again.” But next season Wilson would “love to see [Alison] grow in confidence and grow in strength as an individual, and learn to trust herself and love herself.”

Season one focused on the perspectives of Alison and Noah, but season two expanded the narrative to their respective exes Helen and Cole (Jackson), which Jackson explained is “more challenging, but challenging in a good way because this is what you want to be doing as an actor … in the first year we built all of the exterior stuff, how they were perceived by the people in their lives, and then in the second season we were allowed to go inside.”

How the story continues to expand in season three is yet to be seen, but Tierney, who won the Golden Globe in January, is fascinated by the idea of “guilt with no repercussions,” comparing the potential aftermath of the hit-and-run accident to Woody Allen‘s “Crimes and Misdemeanors.” “I think it’s really complicated how having done a very bad thing and not being punished for it plays out in one’s life … what is the fallout of getting away with murder?”