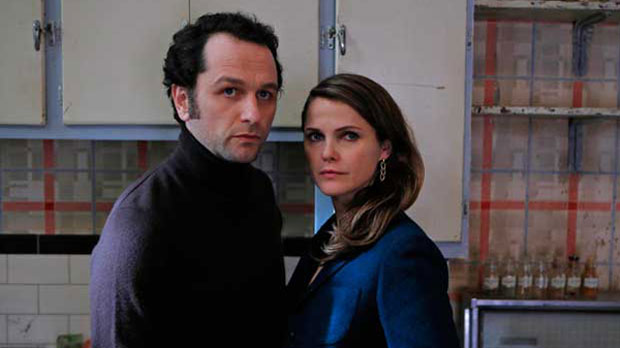 That prediction is significant because the TV show failed to snag that nomination for its first three seasons despite winning gads of trophies, including a Peabody Award, three AFI Awards and the prizes for Best Drama Series from the Critics’ Choice and Television Critics Association.

So why right now … finally? Season four of “The Americans” reaps a staggeringly high score at Metacritic (95). “You’d be insane to miss ‘The Americans,’ operating at its highest level of dramatic intensity,” says one of our experts, Matt Roush, in his review at TV Guide Magazine. “There is nothing that is the equal of ‘The Americans’ on TV screens now,” adds the Wall Street Journal.

But “The Americans” earned high scores from TV critics in past years. Now it has new advantages at the Emmys. There’s an opening in the race for Best Drama Series thanks to the departure of “Mad Men” and at least one other nominee from last year is vulnerable: “Orange is the New Black.”

Furthermore, FX made a strategic move with its schedule that may prove advantageous. In past years, “The Americans” aired earlier on the calendar, debuting in January or February and ending in April or May. This year its season began in March and will end on June 8 – that’s just five days before the commencement of Emmy voting – so the program should be more top-of-mind with voters.

Sometimes it takes great TV shows a while to emerge on the Emmy radar. Over on the comedy side, for example, “The Big Bang Theory,” “Scrubs” and How I Met Your Mother” didn’t get nominated for Best Series until their fourth seasons.

The Hollywood Reporter is now tub-thumping to get “The Americans” into that top Emmy race. “When nominations are announced in July, it is, positively, the moment when the Television Academy can snatch back its importance, reputation and relevance” by giving the show a best-series bid, critic Tim Goodman writes, adding, “The FX series is the best drama on television — not one of the best, the best.”

Make your Emmy predictions HERE.  You’ll compete to win our contest prizes for best picks — $500 (first place), $300 (second place) and $200 (third place) in Amazon gift certificates — a place of honor on our leaderboard and a starring role in next year’s Top 24 Users (the two dozen folks who do the best predicting this year’s Emmy nominations). Be sure to read our contest rules.