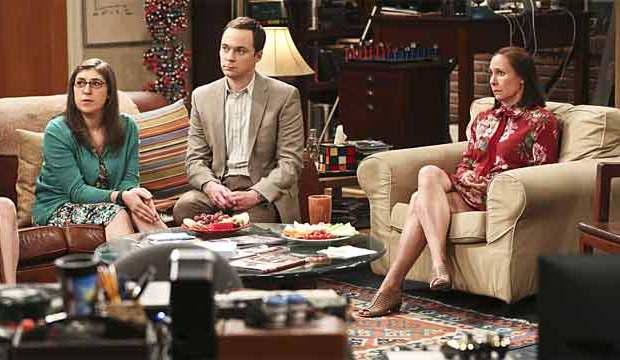 The just-concluded ninth season of “The Big Bang Theory” was one of seismic changes for the show’s brainy characters. The season began with Leonard (Johnny Galecki) and Penny (Kaley Cuoco) getting married and moving in together (part-time, anyway). It continued with Sheldon (Jim Parsons) and Amy (Mayim Bialik) getting back together after last season’s break-up and finally having sex for the first time. Bernadette (Melissa Rauch) and Howard (Simon Helberg) find out they’re going to be parents, and the formerly girl-shy Raj (Kunal Nayaar) finds himself dating two women.

With all those big events for the show’s characters, could there be another change in store this year for the series? Will 2016 be the year “The Big Bang Theory” finally wins the Emmy Award for Best Comedy Series? Despite reigning as America’s #1 comedy for the past five years, this CBS laffer has never won Emmy’s top prize. It has contended in the race four times (2011-2014) but always lost to “Modern Family.”

Last year it was snubbed when “Veep” won for the first time. There are two open slots this year with both “Louie” and “Parks and Recreation” out of contention, so that leaves room for “Bang” to reclaim its spot in the nominees list. But could it actually win this late in the run? After all, two classic comedies series each won their first Best Comedy Series awards for their eighth seasons:

“Friends” prevailed for the top comedy Emmy in 2002. It had lost previous bids in 1995, 1996, 1999, and 2000. Notice those gaps between nominations. And police sitcom “Barney Miller” took its only Best Comedy Series trophy at the last possible moment, winning in 1982 for its eighth and final season. It had lost the previous six years straight.

On the acting side, Parsons is no Emmy stranger. He’s racked up six nominations and four victories so far as Best Comedy Actor for his now-classic role as brilliant physicist Sheldon Cooper. Just like the show itself, Parsons wasn’t nominated last year, but this season could put him back in the conversation. Sheldon’s break-up and reconciliation with his girlfriend gave him new opportunities to show growth for his emotionally-stunted character. That evolution culminated in the episode “The Opening Night Excitation,” where Sheldon gets over his oft-stated aversion to “coitus” and finally loses his virginity to Amy.

The witty, smart and surprisingly tender performances by both Parsons and Bialik rank among their best work of the series. We could see Parsons back in the leading race, especially considering that 2015 nominees Matt LeBlanc (“Episodes”) and Louis C.K. (“Louie”) aren’t contending this year. And Bialik, who won the Critics’ Choice Award earlier this year, should have little trouble keeping her nomination streak alive in her supporting actress category, where she has four straight nominations and no wins.