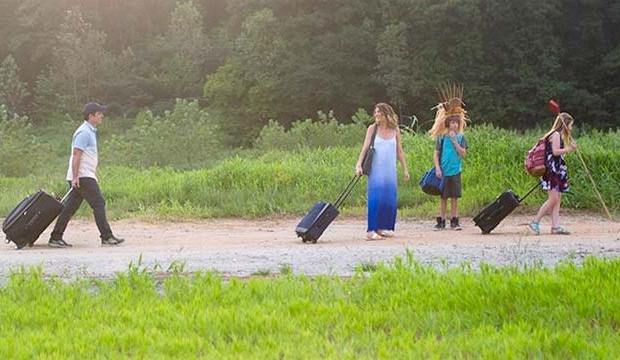 “The Detour” wrapped its critically approved first season this week, scoring an impressive 82% at Rotten Tomatoes. The comedy, created by the first couple of TBS Jason Jones and Samantha Bee, takes place on a family road trip with each episode detailing another adventure on their way to Ft. Lauderdale. Season 1 ended on a gut-wrenching cliffhanger leaving the audience excited for what’s to come. And with the show airing just before Emmy voters begin casting their ballots, this TBS standout could score some well-deserved nominations. Below, a review of the critics’ praises and the possible Emmy submissions for “The Detour.” Dish “The Detour” with Hollywood insiders in our notorious forums by clicking here.

Diane Werts (Newsday): “’The Detour’ is ruthlessly adult stuff – surely too frank and out-there for some viewers – but it’s intrinsically honest, convulsively hilarious and oddly endearing.”

Dan Fienberg (Hollywood Reporter): “When the show hits, it hits with sharp and intelligent writing, versatile direction and performances that honor the insanity of it all.”

Brian Lowry (Variety): “Jones and Bee have already exhibited an admirable fearlessness in their comedy, and ‘The Detour’ takes similar chances, pushing boundaries without tumbling over them taste-wise.”

Its best chances at the Emmys could come in the Best Comedy Writing category for Bee and Jones for the pilot with its laugh-a-minute and quickly-timed jokes. As we mentioned in our webchat with star Natalie Zea, a great Emmy submission for her is “The Hotel” in which her character gets high after eating weed-laced gummies and gives her children a very inappropriate birds and bees talk. For co-creator Jones, his best episode might be “The Beach” where he tries desperately but unnecessarily to save his wife from a billionaire, giving him a perfect showcase for physical humor with a funny prat fall ending.