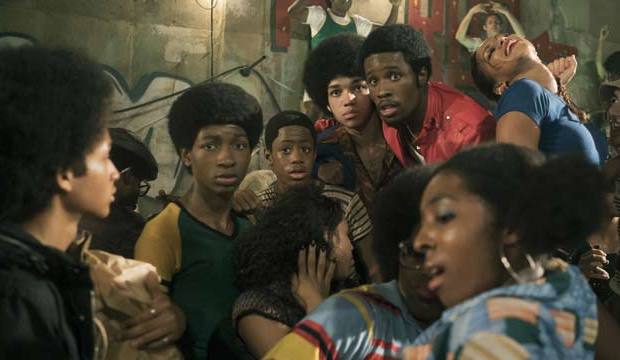 “The Get Down” premieres its first season on Netflix on August 12. The new drama series is set in the South Bronx music scene of the 1970s, and it’s created, produced and directed by Baz Luhrmann. Will he be better received by the Emmys than he has been by the Oscars?

Though Luhrmann’s career spans almost a quarter century, he has only directed five feature films: “Strictly Ballroom” (1992), “Romeo + Juliet” (1996), “Moulin Rouge” (2001), “Australia” (2008) and “The Great Gatsby” (2013). All of those films contended for Oscars except for “Strictly Ballroom.” He shared in a Best Picture bid as a producer of “Moulin Rouge” but wasn’t nominated for his helming.

Luhrmann has collaborated on all of his films with his wife Catherine Martin, who has been the more successful half of their creative partnership on the awards scene. She has won four Oscars from  six nominations. She claimed Best Art Direction and Best Costume Design for both “Moulin Rouge” and “The Great Gatsby.” She lost Art Direction for “Romeo + Juliet” to “The English Patient,” and she lost her Costume Design bid for “Australia” to “The Duchess.” Martin is now the costume designer on “The Get Down,” so she could add to her awards haul regardless of whether Luhrmann does, especially with “Downton Abbey” and “Game of Thrones” out of the running next year.

The biggest Emmy challenge for “The Get Down” may be competing against other Netflix dramas. The streaming service has a deep bench when it comes to its awards prospects, including high-profile returning shows “House of Cards” and “Orange is the New Black,” as well as its breakout new supernatural drama “Stranger Things.” But Lurhmann’s big-screen pedigree could help the series stand out, much the way Oscar-nominee David Fincher and Oscar-winner Kevin Spacey helped put “House of Cards” on the map.