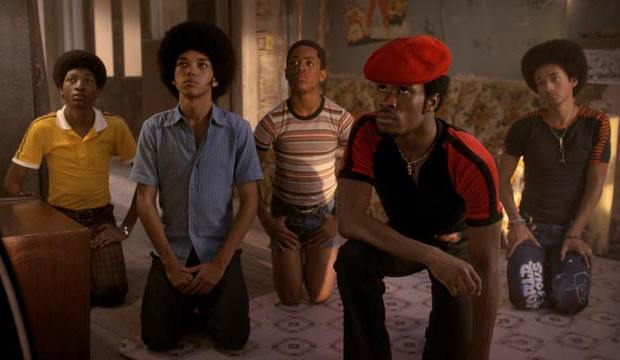 “The Get Down” premiered its first season on August 12 on Netflix, and the reviews have been positive: as of this writing it has scored a 70 on MetaCritic. Created by Oscar-nominated filmmaker Baz Luhrmann (“Moulin Rouge,” “The Great Gatsby”), it tells the story of the South Bronx music scene in the 1970s, and judging from the reviews it’s just as full of exuberance and bombast as his films. Will it be an Emmy contender? Check out some of its reviews below and decided for yourself.

Ben Travers (Indiewire): “By taking a musical genre overexposed and misunderstood in the modern day and breaking it down in the past to its component parts, Luhrmann has created a fantastic and fresh blend of his own: a TV show told as a film, a music video told as a six-hour miniseries and an original story holding more truth than most true stories.”

Find out how this year’s Emmy contenders fare — Click Here

Sonia Saraiya (Variety): “‘The Get Down,’ in its multitudes and sprawl, resembles the Bronx itself; and in refracting the narrative through so many different lenses — Blaxploitation and black family sitcom, musical comedy and gritty prestige drama, campy action and teenage romance — it aims to portray the richness of this neglected borough. The show’s pastiche resolves into a gorgeous, fantastical tapestry of music legend and urban history, a reclamation of, and a love letter to, a marginalized community of a certain era, told through the unreliable tools of romance, intuition, and lived experiences.”

Ken Tucker (Yahoo!): “It’s a whole different thing when you make a TV series about music because it’s a rich, big story you want to tell, to capture both the facts and the feeling, to educate and entertain your audience about a period of history that is increasingly lost in the minds of the current generation. That’s what ‘The Get Down’ tries for, and it’s an ambitious goal it frequently achieves.”

‘The Get Down’ on Netflix: Will Baz Luhrmann win Emmys after Oscar snubs?

Robert Lloyd (Los Angeles Times): “Baz Luhrmann, the movie director, has brought to Netflix his first television series, and — like his baroque takes on ‘Romeo and Juliet’ and ‘The Great Gatsby’ and his pop-musical rewrite of ‘La Traviata,’ ‘Moulin Rouge’ — it is a thing by turns, and even simultaneously, ridiculous and sublime, romantic and overwrought and the most genuinely moving precisely when it’s at its corniest.”