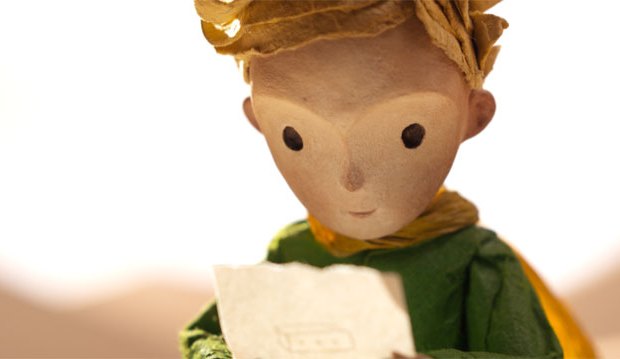 Could Netflix challenge animation giants Disney and Pixar at the Oscars? The award for Best Animated Feature usually goes to a film from one of those two studios, including the last four in a row: “Brave” (Pixar, 2012), “Frozen” (Disney, 2013), “Big Hero 6” (Disney, 2014) and “Inside Out” (Pixar, 2015). But this year Netflix is hoping to crash the party with is animated take on Antoine de Saint-Exupery‘s 1943 children’s novel “The Little Prince,” which was released on August 5.

“The Little Prince” is directed by Mark Osborne, a 2008 Oscar nominee for DreamWorks’s “Kung Fu Panda.” It combines computer and stop-motion animation and has received positive reviews, scoring 69 on MetaCritic and 93% freshness on Rotten Tomatoes. MetaCritic weighs critics’ opinions by degrees of like or dislike on a scale from zero to 100, while Rotten Tomatoes is a simpler pass/fail system, so those scores suggest that while most critics like the film (only 7% dislike it according to the Tomatometer), there isn’t as much passionate love for it.

But Netflix has the advantage of streaming directly into viewers’ homes, so it won’t be hard to expose academy members to it. The streaming service has already found success breaking into the Oscars with nominations for their feature documentaries “The Square” (2013), “Virunga” (2014), “What Happened, Miss Simone?” (2015) and “Winter on Fire” (2015), though their African war drama “Beasts of No Nation” was controversially shut out of the nominations last year.

Do you think “The Little Prince” will be an Oscar contender for Best Animated Feature? Check out some of the reviews below, and click here to discuss all things film in our forums.

[PHOTOS] Which Pixar films earned Oscar hugs and which were cruelly snubbed?

Leah Greenblatt (Entertainment Weekly): “One of the most inspired choices [director Mark] Osborne (‘Kung Fu Panda’) makes is to build such a striking visual contrast between his two scenarios. The Girl’s has the smooth, hyperreal look of modern computer animation, but the Prince’s is pure magic: beautifully textured stop-motion frames that hold every bend of shadow and light in their crinkled, papery folds.”

Scott Foundas (Variety): “The film remains a consistent visual treat … and always echoes Saint-Exupery’s core theme of looking at the world through the hopeful, uncorrupted eyes of a child, where sometimes what appears to be a hat may in fact be a boa constrictor with an elephant inside.”

Gregory Ellwood (Hitfix): “There is a faith that the story and characters will keep the audience engaged, even if there isn’t a bright and shiny thing to distract them in a every single scene. Granted, Osborne and his animators have fashioned a top-notch-rendered ‘real’ world for the characters to interact with, and the figure design is just enough of a Franco- and American-skewing mix to make you question what studio actually produced it. But in a business where so much feature animation seemingly has to come from a pre-established entity to gain any notoriety in the public eye, the result is more refreshing than you might expect.”