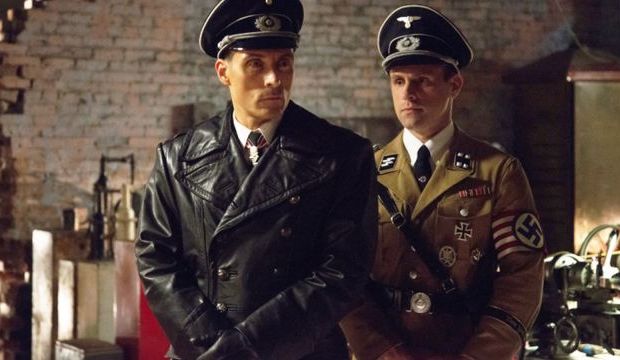 “The Man in the High Castle,” which streamed to great acclaim on Amazon Prime last fall, is poised to be a strong contender at the upcoming Emmy Awards. Based on a 1962 alternate history novel by acclaimed sci-fi author Philip K. Dick , this period drama depicts a world in which the Axis powers won World War II. The United States is split into a Japanese-run “Pacific States of America” and an east coast suffering under the totalitarian regime of Nazi Germany with a neutral zone dividing them.

It’s a fanciful concept that is beautifully brought to life. When the show’s first episode streamed in January 2015, it was Amazon’s most-watched pilot ever. The series merits a staggering 95% approval rating at Rotten Tomatoes, with raves from the likes of Hank Stuever (Washington Post), who says the show is “expertly and realistically imagined” and Dominic Patten (Deadline), who called the show “binge-worthy,” “meticulously crafted” and “damn fine.”

Among the executive producers are Ridley Scott (“The Martian”), David Zucker (“The Good Wife”), Isa Hackett (daughter of Philip K. Dick) and Frank Spotnitz (“The X-Files”) who was also the showrunner for season one.

Amazon Prime Video schedule: Here's what is coming and leaving in October 2018

Drew Boughton ('The Man in the High Castle' production designer): 'It is not the alternative world that…

Society of Composers & Lyricists hosts panel discussion with composers of 'Goliath,' 'The Man in the…

Rufus Sewell ('The Man in the High Castle'): 'It's about how people normalize, like yesterday's horror'…

Top 24 Amazon originals, from 'Transparent' to 'Z: The Beginning of Everything'

Costume Designers Guild Awards: 'Game of Thrones' and 'The Crown' could both be winners for Michele…

ASC Awards for TV predictions: 'Game of Thrones' and 'Westworld' will win