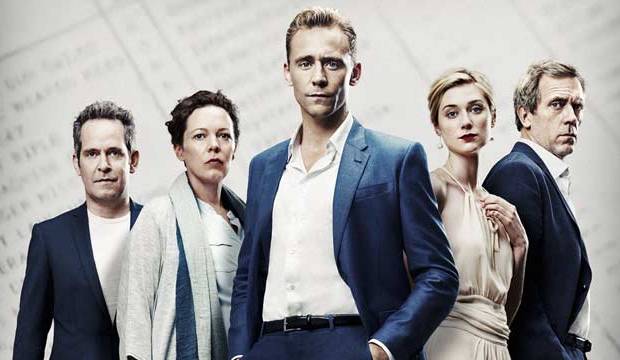 Concluding this past week to another wave of critical acclaim, AMC’s “The Night Manager” is sure to figure in many of the limited series Emmy races both above and below the line. Directed by Susanne Bier, who helmed “In a Better World” (the 2010 Oscar winner for Best Foreign-Language Film), this six-part thriller based on the John le Carre spy novel stars Tom Hiddleston and six-time Emmy nominee Hugh Laurie (“House”).

Limited Series, Directing and Writing Categories
Following last year’s bid by “Wolf Hall” and both “The White Queen” and “Luther” in 2014, “The Night Manager” could fill that slot in the Limited Series categories typically reserved for an entry that first aired across the pond on the BBC. British productions are no stranger to the Emmys as of late, with wide support for those three programs plus “Downton Abbey” and “Sherlock.” And expect support for “The Night Manager,” which was produced by le Carre’s sons Simon Cornwell and Stephen Cornwell, to include both Bier for directing and David Farr for writing.

Acting and Casting Categories
Laurie will be entered in supporting and is perhaps the show’s strongest contender for an acting award. He never won an Emmy for his long-running role on “House” despite multiple victories at the Golden Globes and SAG Awards. His role as a snobby, charming, ruthless villain is a nice counter to the comedy work he’s currently doing on “Veep” — together the two roles keep his name at the top of voters’ minds. But Hiddleston is truly the star of the show, and his worldwide profile continues to rise thanks to a swirling rumor that he may be the next James Bond. Though he is up against stiff competition in the lead actor field, much of the weight of this series was on his shoulders and critics have praised his ability to carry it. Strong featured performances by Olivia Colman, Elizabeth Debicki and Tom Hollander could be cited and a casting bid would be a great way to honor the superb ensemble as well.

Creative Arts Categories
Though it isn’t the type of period piece production that easily find spots in the below the line fields, “The Night Manager” is just as extravagant in its contemporary design. As any European spy thriller does, it travels through a number of different countries, mostly within the setting of expensive hotels, so expect cinematography, costumes and music nominations to roll right in. The category I’m wondering most about is Main Title Design because it shows a splendid bit of animation that transforms tokens of luxury like champagne and chandeliers into images of war like bullets and bombs.

When all is said and done, “The Night Manager” should easily match the nomination count of “Wolf Hall” last year at eight. And, as we recently found out, AMC has put it front and center in its FYC mailers (before “Better Call Saul” and “The Walking Dead’). Don’t be surprised if it surpasses that and reaches the double digits.