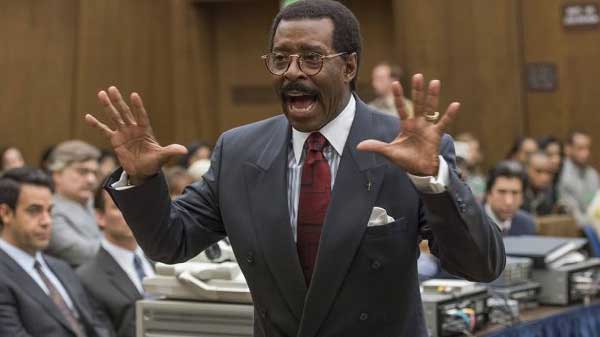 “Obviously, everybody’s seen this trial up, down, and sideways,” explained “The People v. O.J. Simpson” production designer Jeff Mossa when we talked about the challenges he faced during our recent webcam interview (watch below). “That was our task: finding ways to show what everybody’s seen in a way nobody’s seen before.” This first installment of the FX anthology series “American Crime Story” takes viewers inside the O.J. Simpson murder trial, which dominated the airwaves and forever changed the landscape of 24-hour news coverage.

Mossa, a two-time Art Directors Guild nominee [“Minority Report” (2002); “Parks and Recreation” (2013)] began with extensive research. Yet while there was, “a surprising amount, obviously, of footage of the courtroom,” there was a, “surprising lack of good visual research on things like the D.A.’s office, Johnny Cochran’s house, that sort of thing.” In addition, he reveals, “Fox did not want us to contact anybody involved without their permissions.” In several instances, he found himself searching for bits and pieces from what little he had, including “one picture of Johnny’s office taken from one angle,” with “very reflective cabinets. I found myself looking in reflections to try and find out what else was going on in there.”

The rest was pure invention, with executive producer Ryan Murphy often reminding him, “We’re not always doing a documentary. We’re doing a drama.” He explains, “The meter on where we decided to be 100% accurate, and where we decided to take a little license wavered depending on where we were.” This was especially true when it came to recreating the participant’s homes, for which there was very little to go on. “It was a lot of fun to just find those elements to really help define the style of all of these people.”

One example he points to is O.J.’s star defense attorney Cochran (Courtney B. Vance), first seen inside his massive walk-in closet filled to the brim with colorful suits. “The first thing you see is that closet, and you already have a sense of the architecture and his style.” He continues, “I don’t think anybody who watched the trial would question that Johnny Cochran might have that closet, and I credit Scott and Larry for that, because whether or not he had something like that, it’s kind of perfect for the character.”

The greatest challenge Mossa faced was recreating the courtroom in which endless hours of news footage had been shot, and where a major chunk of the series would take place. “Walking into the courtroom myself the first time,” he says, “it is a lot more interesting of a space than we saw. The video coverage in the ‘90s was sort of this grainy, beta-cam coverage, so that it just looked like a brown box. There is some architectural interest going on in that room, so we duplicated it.” He credits cinematographer Nelson Cragg and directors Murphy, Anthony Hemingway and John Singleton with always finding new ways to shoot inside the four-walled space. “I really feel like we shot the show, and we presented the show, more cinematically than I think you see a lot of television,” he says, adding, “I think [that] went a long way in helping the storytelling.”