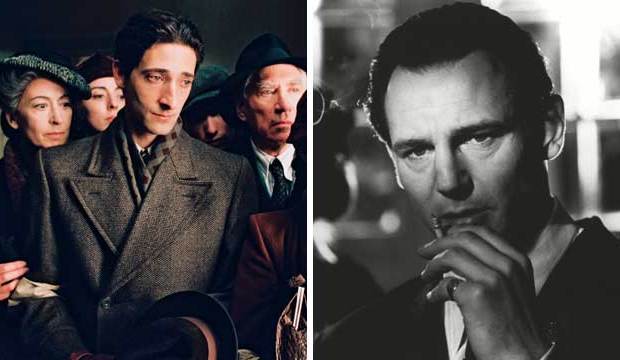 Two of the most famous and renowned films about the Holocaust were Steven Spielberg‘s “Schindler’s List” (1993) and Roman Polanski‘s “The Pianist” (2002). Both were acclaimed and won Oscars — “Schindler’s” won seven including Best Picture, while “Pianist” took Actor (Adrien Brody), Director (Polanski) and Adapted Screenplay but lost Best Picture to “Chicago” — but which was the more emotionally powerful? Read some our forum posters’ comments below, vote in our poll below and make sure to join the discussion in our message boards.

Steven Spielberg poll: What was best decade of his career?

OnTheAisle: Each film is powerful and represents the finest work of the director’s oeuvre. Both present horror as commonplace … Each film ends in a sequence of great beauty that honors the past and gives hope for the future.

Andrew Carden: I like [Liam Neeson] in “Schindler’s List” but I’ve always thought he was the clear weak link of that sensational 1993 Best Actor line-up and should’ve been replaced with either Jeff Bridges in “Fearless” or Robin Williams in “Mrs. Doubtfire.”

Denis: I find it disturbing that people in general do not praise Liam Neeson’s performance enough — very subtle performance that should have won. I cannot believe that Brody has an Oscar and he has none. Overall, I believe “Schindler’s List” is miles better, but still “The Pianist” is also an excellent movie.