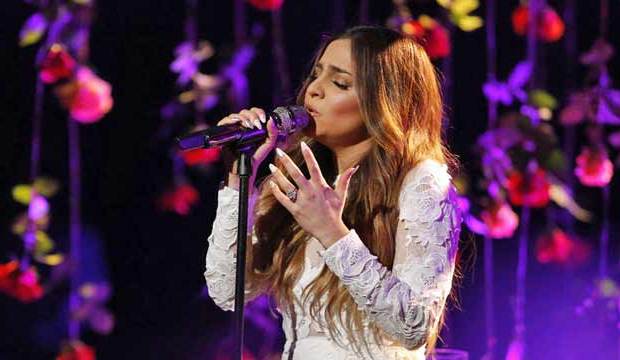 The championship round for “The Voice” airs next week, so let’s take at the reasons why Alisan Porter will (and won’t) win the 10th season crown. This Top 4 contender is from Connecticut and is coached by Christina Aguilera, who is trying to become the first female coach to win the NBC reality program.

We’ve got Porter in second place in our power rankings to actually win the top prize next Tuesday. She is going up against Adam Wakefield for coach Blake Shelton, Hannah Huston for coach Pharrell Williams, and Laith Al-Saadi for coach Adam Levine. Take our poll at the bottom of this article and tell us which of these four artists you predict as champion. Click here to read our pros and cons for Wakefield. Profiles on each other artist will be on our home page later this week.

Pros: Nobody can deliver jaw-dropping vocals like Porter. Easily the most dynamic, versatile singer of the season, if she chooses the right songs, the “wow factor” could lead her to victory. Also in her favor are her consistent iTunes sales throughout the season. Sales from the entire season count toward crowning the champ, not just the last week – so the fact that she has been one of the top iTunes artists every week will be a key advantage.

Cons:  Being considered the “obvious winner” since her blind audition has not worked in her favor. Generally, viewers don’t like to be told who to vote for and will often-times vote for an underdog instead. Also working against her is the fact that Aguilera has yet to lead a contestant to victory. In fact, after nine seasons, no winning contestant has come from a female coach’s team.  To win, Porter will not only have to make history but defy odds.

Her song choices so far this season have been “Blue Bayou” by Linda Ronstadt (blind audition), “California Dreamin'” by The Mamas and the Papas (battle round), “River” by Joni Mitchell (knockout round), “Cry Baby” by Janis Joplin (live round one), “Stone Cold” by Demi Lovato (top 12), “Stay With Me Baby” by Lorraine Ellison (top 11), “Let Him Fly” by Patty Griffin (top 10), “Cryin'” by Aerosmith (top 9), and “Desperado” by The Eagles (top 8).