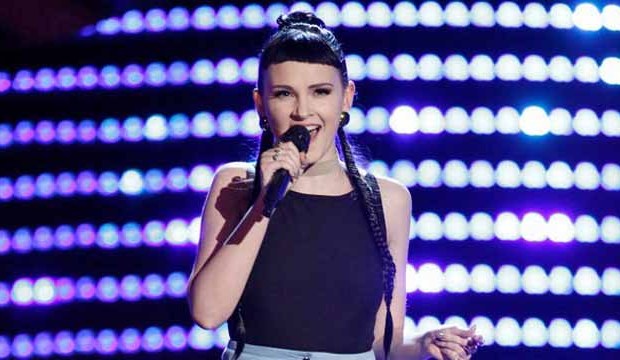 Since 2001 Alicia Keys has been one of America’s top pop and R&B stars, winning 15 Grammy Awards in her career. She is now a first-time coach on “The Voice” who has selected her 12 team members for the current autumn season of the NBC reality show. She now faces off against fellow rookie coach Miley Cyrus and longtime rivals Adam Levine and Blake Shelton.

Here are my rankings of the dozen members of Team Alicia from top to bottom. Vote in our poll below and tell us who you think is the best artist. And be sure to tour our photo gallery of all 12 performers above. Our other featured photo gallery contains all “The Voice” past winners from the first 10 seasons.

1. Wé McDonald (from Paterson, NJ)
For a teenager, McDonald has an incredible amount of training and real world experience on stage which will help her have the confidence to excel. But none of that will matter because her voice is so incredibly large and powerful that she’s an instant frontrunner. She will continue to win over audiences for weeks to come.

2. Christian Cuevas (from Orlando, FL)
Both Blake and Adam turned for Cuevas after a single note and though it took eventual coach Alicia a little longer I think this is a perfect artist/coach match. Cuevas gave me goosebumps, and Alicia as his coach will keep him on the path of big, emotional songs that feel like his wheelhouse and worked well for recent winners like Jordan Smith.

3. Lauren Diaz (from Apple Valley, CA)
There are a lot of similarities between Diaz and last year’s winner Alisan Porter — young, beautiful and endearing single mother with a powerful voice — which technically could work for or against her. But taking on a Keys song is hard enough when she isn’t one of the judges, so to slay it as much as she did when she is a judge is a promising feat.

4. Kylie Rothfield (from Danville, CA)
It took until the last note for the coaches to turn around for Rothfield, but don’t let that trick you into thinking they didn’t immediately believe in her. She has a captivating voice and a wealth of experience to back it up. Her problem will be finding songs that fit her style but also have a big impact on audiences.

Related: Who is the greatest male artist that didn’t win ‘The Voice’ championship?

5. Whitney and Shannon (from Austin, TX)
As the season’s only duo, Whitney and Shannon are already at a significant advantage because they’re instantly memorable. Their talent is perfectly matched with Alicia and the passion she showed in pulling them away from instinctively picking Blake makes me think she’s going to put a lot of effort into helping them succeed on the show.

6. David Moisan (from Louisville, KY)
Taking on “Sex and Candy” and completely changing the song bodes well for Moisan’s ability to surprise the audience. I’m not sure he has a voice big enough to win the competition, but there’s enough there to get far.

7. Halle Tomlinson (from Boulder, CO)
When a younger artist takes on a standard like Tomlinson did it sets them up to appeal to a broad audience of multiple generations, and that really works in her favor for this competition. But she’s still young and her voice has a lot of room to grow still.

8. Jason Warrior (from Chicago, IL)
Once his song kicked in he had the crowd on their feet and his soulful voice took over the room. Warrior’s biggest hurdle will be overcoming a lack of formal training that many of his competitors will have had.

9. Gabriel Violett (from New York, NY)
Violett’s musical theater background isn’t as evident in his vocal styling as it is in his stage presence. There’s a level of uncertainty in the way he moves about the stage that suggests he’s more comfortable being choreographed than actually owning it. With more confidence as a solo performer I think he could have a decent run.

10. Josh Halverson (from Denton, TX)
I like that Halverson chose Alicia over Blake because it shows a willingness to step outside the box that can really help him in the competition. His problem with the voting public will be having too soft of a voice and quiet stage presence, so Alicia will need to push him to step further outside himself.

11. Belle Jewel (from Brooklyn, NY)
Though she was only shown in a quick montage of selections, Alicia spoke very highly of Jewel’s uniqueness and ability to change a song to make it her own. She could be the dark horse that emerges in the next round.

12. Michael Sanchez (from San Diego, CA)
Sanchez has a good voice and the way the judges were surprised at his appearance vs. his voice is a great example of what the show is about. But he’s vulnerable in the competition because his style doesn’t necessarily lend itself to crossing genres as most past winners could.

Grammys flashback: Ray Charles's sweep in 2005 was a parting gift to one of the greatest of all time