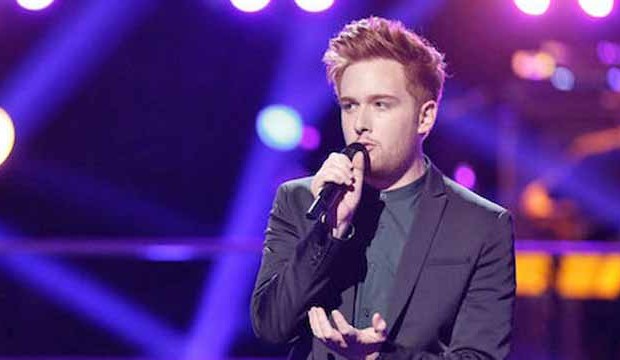 Coaches for “The Voice” and fans at home can’t always be right. Sure, there have been some great past winners, but quite a few artists have gone home without a championship. Vote in our new poll below and tell us who is the best male singer of the past 10 seasons who did not prevail. You can also visit our new photo gallery above featuring the 10 men we feel were robbed. Also see our recent poll results for the greatest female artists.

If I were voting in the poll, here are my choices in order:

1. Jeffrey Austin – Season 9 (Team Gwen Stefani)
As one of the seasons dominated by the eventual winner (in this case, Jordan Smith), season 9 was a tough one for any other singer to stand out. But Austin’s daring song choices – think Robyn’s “Dancing on My Own” and Cher’s “Believe” – helped propel him to a well-deserved appearance in the finale and make him one of the most memorable could have/should have/would have-wons in series history.

2. Matt McAndrew – Season 7 (Team Adam Levine)
In the season 7 finale each of the final four performed an original song and it’s McAndrew’s stellar “Wasted Love,” a song that reached #14 on the Billboard Hot 100, that had the biggest impact. A well-earned McAndrew win may have been thwarted by vote-splitting between the three Team Adam artists in that finale, with him ultimately claiming the runner-up spot behind Team Blake’s Craig Wayne Boyd.

3. Will Champlin – Season 5 (Team Adam Levine)
Widely regarded as one of the best seasons of “The Voice,” season 5 was stacked with deserving winners. In the end, Champlin finished third as the highest ranked male singer. His top 8 performance of “At Last” is not only one of the best vocal performances of the season, but a standout series-wide.

4. Adam Wakefield – Season 10 (Team Blake Shelton)
It’s hard to argue against Alisan Porter’s season 10 win, but Wakefield made it an exciting and close race. Consistently scoring the iTunes multiplier bonus with performances like “I’m Sorry,” “Love Has No Pride,” and his best of the season “Soulshine,” Wakefield’s smooth southern rock and country sound would have led him to an easy win in any other season.

5. Matt Schuler – Season 5 (Team Christina Aguilera)
While not one of the most consistent artists of the series, Schuler managed a standout performance in a tough field of competitors. In the second week of the live playoffs, he performed “Hallelujah,” earning the iTunes bonus after the song reached #2 on the chart within the voting window. After that window closed, the song rose to #1 before staying on the top 200 chart throughout the remainder of the season.

Related: Photo gallery of all 10 ‘The Voice’ winners – Click here

6. The Swon Brothers – Season 4 (Team Blake Shelton)
Blake is at his best when he’s coaching country artists, and his season 4 duo of Zach and Colton Swon is proof of that. Ultimately bested by their teammate Danielle Bradbery, The Swon Brothers have gone on to a legitimate and respectable career in country music. Notable performances while on the show include “Turn the Page” and “Danny’s Song” which they performed twice.

7. Cole Vosbury – Season 5 (Team Blake Shelton)
In one of Blake’s roughest seasons, Vosbury became the last Team Blake artist standing from the top 8 on. Though none of his performances reached the iTunes top 10, Vosbury was one of the most consistent artists in his season, a standard of measure as good as any that helped him get to the semifinals in a competitive season.

8. Chris Jamison – Season 7 (Team Adam Levine)
Between the semifinals and the finals, Jamison notched four iTunes top 10 songs including his original “Velvet.” His semifinal performances of “Sugar” and “When I Was Your Man” capped off a season of fantastic R&B, soul performances that showed more raw talent within the genre than any other non-winning male artist of any season.

9. Nicholas David – Season 3 (Team CeeLo Green)
In one of the series’ most heartfelt performances ever, David took on “You Are So Beautiful” in the semifinals as an ode to his pregnant wife, tearing up in the process. As one of the earliest examples of the show’s power to give opportunities in the industry to artists that otherwise may not get the chance, David set the standard for the many artists like him that were yet to come.

10. Bryan Bautista – Season 10 (Team Christina Aguilera)
Bautista’s rendition of “It’s a Man’s Man’s Man’s World” with Malik Heard in the Battle Round of season 10 is easily one of the best duets of the series. Perhaps peaking too soon in the competition, Bautista was never able to recreate the magic of that battle leading him to elimination in the semifinals despite his best solo of the season with “Hurt.”