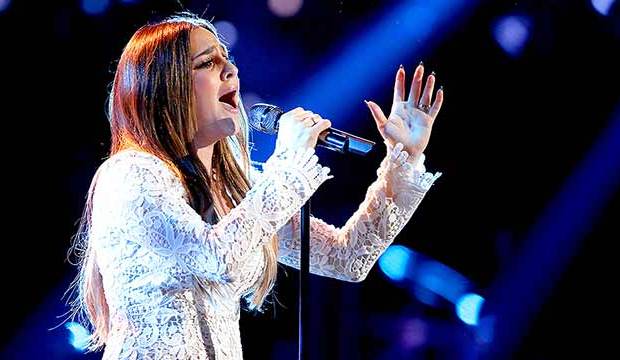 The top 10 artists were revealed on “The Voice” Tuesday night, but unfortunately for Owen Danoff on Team Adam Levine, he was the lone singer sent packing. Danoff landed in the bottom two for the second week in a row, this time losing the “instant save” to Daniel Passino from Team Pharrell Williams. Rival coaches Christina Aguilera and Blake Shelton haven’t lost any artists the past two weeks.

As we go into next week, here is a look at my current power rankings for the best of the best. Click here to see the bottom of my rankings.

1. Alisan Porter (Team Christina)
Since earning frontrunner status right after her blind audition, Porter has not taken her foot off the gas. Each week she shows a level of range and vocal dynamics that nobody else can match. Her biggest threat to lose is the fact that she has been the frontrunner for so long. Viewers may find that boring or get lazy with their votes, assuming she doesn’t need them. This is exactly what rival coach Levine is hoping for each week he declares her the obvious winner. That’s not a real compliment; that’s him saying to viewers at home, “Don’t worry about voting for her.”

2. Adam Wakefield (Team Blake)
The southern country-rock appeal of Wakefield is too powerful to ignore. Although he was outdone by his direct rival this week (Al-Saadi), he is still the most marketable going forward. I certainly see him pulling in enough votes to get him into the final.

3. Mary Sarah (Team Blake)
If she could get her song choices together, she would be a threat to win it all.  Thus far her coach, has done her no favors with song choices, and her performances have been lackluster at best. I still think she is one correct song choice away from being the top contestant on iTunes.

4. Laith Al-Saadi (Team Adam)
To date I’ve put Al-Saadi in Wakefield’s dust, but his most recent performance proves he could be on the rise. He has the more heart-tugging story line, and who wouldn’t fall in love with his genuine shock that he was voted through by America (twice?!). Likability and strong performances could make him a finalist.

5. Hannah Huston (Team Pharrell)
There’s something relatable and interesting about this Midwestern pre-school teacher, and I think viewers agree. She’s not the most consistent singer in the competition, but when she connects it is magic.