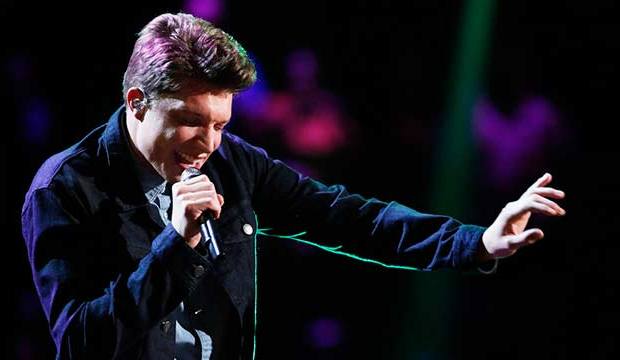 It was fun to discuss and rank the best artists remaining on this season of “The Voice” earlier today. After giving you my top five choices (click here for that analysis), we must also now address the bottom five moving on to next Monday’s Top 10 performance show. One person will be eliminated out of this group, and unfortunately the most likely person is Daniel Passino from Team Pharrell Williams. He had to fight for his survival this week, so the overall support just might not be there going forward.

As we go into next week, here is a look at my current power rankings for the ones least likely to succeed. This group includes artists from the teams of all four coaches: Williams, Adam Levine, Blake Shelton, and Christina Aguilera.

6. Bryan Bautista (Team Christina)
He has everything it takes to be a star, but just doesn’t always connect when he performs. Perhaps if he performed with more confidence he would come off as more authentic. He has a great voice that is still improving and with the right song choices he could make a run at the finale.

7. Nick Hagelin (Team Christina)
The heartthrob vote is locked in for Hagelin, who also has an adorable son for viewers to fall in love with. He’s a likable guy with an uplifting story, moderate talent and good looks. But he must choose much better tunes than he did this week. Sounds like a pop star to me if he can make great selections.

8. Shalyah Fearing (Team Adam)
After rising on everyone’s radar with two stand-out performances, Fearing kind of got lost in the fray this week. Her lack of experience leads to a lack of consistency, and if she isn’t wowing viewers, they are forgetting about her. She needs to sing more than one inspiring ballad after another.

9. Paxton Ingram (Team Blake)
I considered Ingram a sure bet to go home this week, but then he shocked me with a great gospel-inspired performance on Monday (thanks to Pharrell and not Blake). It was easily his best to date, but was it too little too late? Can he bring that energy again?

10. Daniel Passino (Team Pharrell)
After narrowly escaping elimination this week with a less than stellar performance, Passino lands at the bottom of this week’s power ranking.