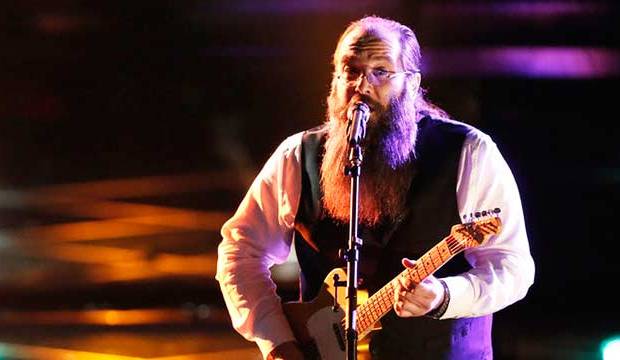 With the Top 11 performing Monday night on “The Voice,” who was best and who was worst? My rankings for this week surprise me as much as anybody with Laith Al-Saadi as my choice as best overall. Could coach Adam Levine actually win a second straight championship with Al-Saadi leading the way? How about the artists from the teams of Blake Shelton, Christina Aguilera, and Pharrell Williams?

Here are my rankings of the 11 artists from Monday’s episode. These are strictly based on the performances and not projected iTunes sales or how they have done all during this 10th season. Agree or disagree? Be sure to click here and give us your favorite in our most recent poll.

2. Hannah Huston (Team Pharrell) – “I Can’t Make You Love Me”
Huston’s burst of emotion during this performance was unexpected and brought a much needed levity to a song that has been sung too often on competition shows. Huston is the most confident artist in the competition, but this week I think she tapped into a vulnerability that surprised even her.

3. Daniel Passino (Team Pharrell) – “Time After Time”
Passino has been steadily improving each week, a journey that I think culminated this week in the perfect match of song and performer. There’s a clear Michael Jackson influence to what Passino does with his voice and to see that come alive on a song so far removed from what Michael would do makes Passino feel like a fresh talent.

4. Paxton Ingram (Team Blake) – “Break Every Chain”
The partnership between Shelton and Ingram is one of the most exciting of the season. With the help of rival coach Pharrell this week it reaches new heights. Ingram’s performance hit the same sweet spot that Fearing and Porter hit in previous weeks. It’s definitely a breakthrough performance for him and his best since the blind auditions.

5. Alisan Porter (Team Christina) – “Stay with Me Baby”
There’s no way Porter wasn’t going to slay this song vocally — it’s perfectly in her wheelhouse. The problem with it is that last week “Stone Cold” offered her something to connect so deeply. This week the lack of personal connection to the song leaves the performance as a whole feeling a little hollow.

6. Adam Wakefield (Team Blake) – “Lights”
When Shelton prefaces a performance with “after this you’re going to worship him,” you kind of expect it to blow you away, right? Wakefield sounded good, but the arrangement was so drowsy. There was nothing exciting about the song, but I guess there’s redemption in the fact that he did something a little bit different this week.

7. Shalyah Fearing (Team Adam) – “The Climb”
Fearing is coming off back to back standout performances that have propelled her to the top of the race. While this week’s performance isn’t as great as those were, I think the song is closer to the type of music she’ll make on her own album. It’s a solid performance, but doesn’t really push her forward in any way so for me it felt just okay.

8. Owen Danoff (Team Adam) – “Fire and Rain”
I’m glad that Danoff was saved last week so that we got the opportunity to see this one. Danoff is a genuine singer, choosing songs that mean something to him and connect with his own story. This week that sensitivity really comes through and helps build a more complete story of him as an artist. That being said, there’s still something missing from him as a whole package.

9. Bryan Bautista (Team Christina) – “Just the Way You Are”
I think Bautista did himself a disservice by directing the song so specifically at his sister because it alienates him from the rest of the audience. The stage design and styling also contributed to the overall wedding singer vibe of the performance.

10. Mary Sarah (Team Blake) – “Johnny and June”
Mary Sarah is a little uneven on this track, sounding great on the choruses but dropping the ball during the verses. I think it’s another safe song choice by her and that kind of cautious play leaves too much room for the other artists to deliver better performances than her.

11. Nick Hagelin (Team Christina) – “Your Body Is a Wonderland”
Hagelin’s audience is clear — he sings for women that want music to make them swoon. In that regard this song was the perfect choice and it isn’t surprising that John Mayer is one of his major influences. But it’s evident that he relies more on his charm than he does on his talent, and the performance suffered because of it.