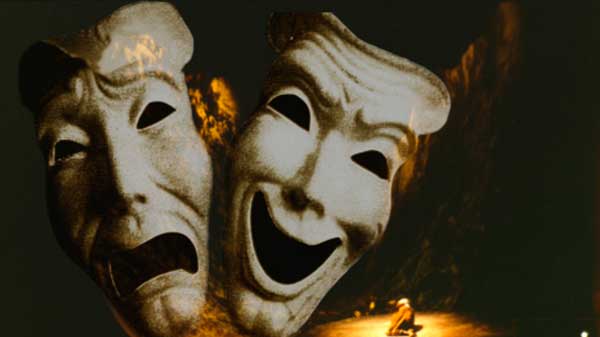 While the Outer Critics Circle can be a precursor for the upcoming Tonys, this year there are significant differences between the two on the musical side. “Hamilton,” the overwhelming favorite to dominate the Tonys, contended at last year’s OCCs for its Off-Broadway run. And “Shuffle Along or the Making of the Musical Sensation of 1921 and All That Followed,” the highly-anticipated revue from Tony winning director-writer George C. Wolfe (“Angels in America,” “Bring in da Noise, Bring in da Funk”) was not frozen in time for the OCC deadline.

It is difficult to predict which way the OCC will go for Best Broadway Musical. The nominees are “American Psycho,” “Bright Star,” “On Your Feet!,” “Tuck Everlasting,” and “Waitress.” “American Psycho” is tied for the most OCC nominations with the revival of “She Loves Me” with eight each. “Bright Star” and “On Your Feet” follow with seven apiece. But it is “Waitress,” which only received four nods, that has the strongest word of mouth.

On the play front, “Eclipsed,” Danai Gurira’s drama about captive women caught in an African civil war reaped a leading five bids. “The Humans,” Stephen Karam’s portrait of an economically stressed family reuniting at Thanksgiving, earned four nominations in all. Both  vie for Best Broadway Play as do three-time contender “King Charles III” and a pair of plays with two nominations each, “The Father” and “Therese Raquin.”

Karam was honored by the OCC for “Sons of the Prophet” which was named Best Off-Broadway Play in 2012. If Gurira wins, she’ll be the first female African-American to take home the Best Broadway Play award from the OCC (Lynn Nottage won the off-Broadway prize for her similarly themed “Ruined” in 2009.).

When most major productions are eligible for both groups, the OCC have been a fairly accurate prognosticator of the Tonys. In 2014 OCC favorite “A Gentleman’s Guide to Love and Murder” (11 nominations) went on to take the most Tony noms (10) and the top Tony Award for Best Musical and three others (Direction, Book, and Costume Design of a Musical) and in 2013, “Pippin” led the OCC nom list and raked in four Tonys including Best Revival of a Musical. Best  Play winners in both groups have often coincided with both the OCC and the Tony going to “The Curious Incident of the Dog in the Night-Time” (2015), “All the Way” (2014), and “Vanya and Sonia and Masha and Spike” (2013).

Last season’s big Tony winner among tuners, “Fun Home” (five including Best Musical), was ineligible at the OCC as it had won Best Off-Broadway Musical the season before. In its absence at the OCC, “An American in Paris” won Best Broadway Musical.